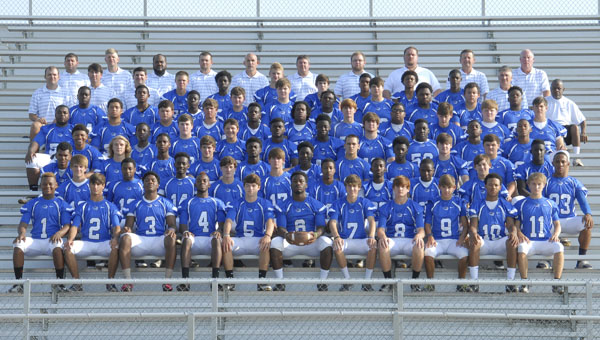 After losing 32 players from 2013 to graduation, including five that are playing at the college level this season, the Demopolis Tigers will take on a new identity in 2014.

Head coach Tom Causey said just about every position on the depth chart is wide open.

“We lost eight starters on offense and seven on defense, plus a lot of role players,” Causey said. “We’ve got great competition at every position.”

With Demetrius Kemp and Cortez Lewis now at Wake Forest, Causey said 95 percent of the team’s receiving yards went with them.

“Having threats like that in the passing game really opened up the run game for Roderick Davis,” Causey added. “Losing a guy like Tyler Oates at quarterback, he was a consummate leader. But we have a saying around here that tradition doesn’t graduate. Somebody will step up to help carry on the tradition of winning at Demopolis High School.”

He added that in some areas, there may be a case where two players will take the place of one.

“We don’t want these players to try to be like the ones that came before them,” he said. “If they go in there and play to the best of their ability, we’ll carry on the Tiger tradition.”

Senior Tripp Perry comes into the season as the No. 1 quarterback for the Tigers. He was a key player at receiver last season while backing up Oates at QB. 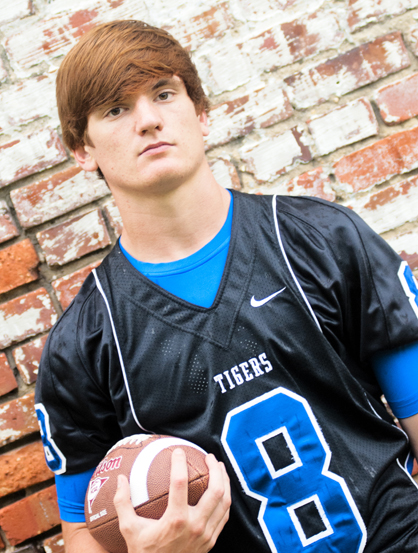 Senior Tripp Perry will start at quarterback for the Tigers this season.

Behind Perry on the depth chart will be sophomore Logan McVay and freshman Andrew Patterson.

Choctaw County transfer Jamarcus Ezell will also have a chance at some reps at the quarterback position this season. After an off-season surgery, he will return to the team around October, according to Causey.

The Demopolis backfield lost a key player from the last couple of seasons in Roderick Davis, but there are several players Causey expects to step up and fill that hole.

Drew Jones, a junior, will get a high volume of touches this fall after what Causey said was a “heck of a summer.”

Alongside Jones in the backfield will be Rashad Lynch, Jayjerrin Craig and Jeremey Foster.

Causey said it might take two of these players to match Davis’ production from last season, but that they’re a group that works hard and is developing into an asset. 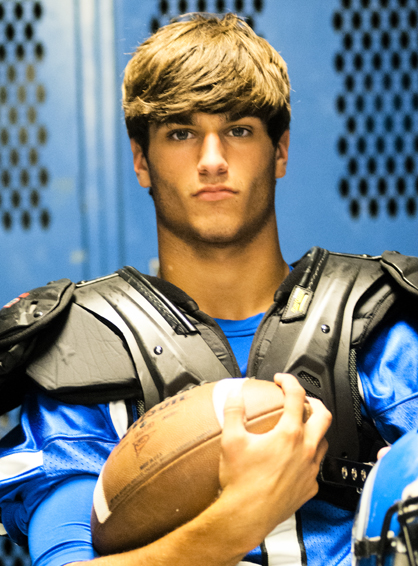 Ryan Schroeder will be an important part of Demopolis’ offense.

Charles Tripp will be the No. 1 option out wide with Jacob Browder, Antonio Mackins and Bobby Taylor as options as well.

In the slot position, speed is key, and that’s what the Tigers have with Ryan Schroeder and Seth Aiken. Freshman Demetrius Davis will also have a chance to prove himself on the gridiron this season.

Tyler Overstreet and Wil Stephens come into the 2014 season as the starters at tight end for Demopolis. William Wilkins and Foster will back them up.

Causey said he’s been happy with the work from the tight ends in the off-season, and he expects them to contribute to the team’s offense throughout the season.

Four of the five starters on the offensive line in 2014 for the Tigers will be starting for the first time.

The only player returning on the offensive line is center Jacob Rodrigues. Backing him up at the center position will be Matt Dollar.

At left tackle, Travares Hall will get the nod to start with Nathan Williams backing him up. At left guard, William Douglas will start and Khyrim Bryant will be behind him on the depth chart.

On the right side of the line, the starting guard will be Malcolm Taylor. The junior will be backed up by freshman Chris Williams. At right tackle, Logan Etheridge will be the starter with Ken Gilbertas as backup.

One of the strongest units on the team will be the front line on defense. 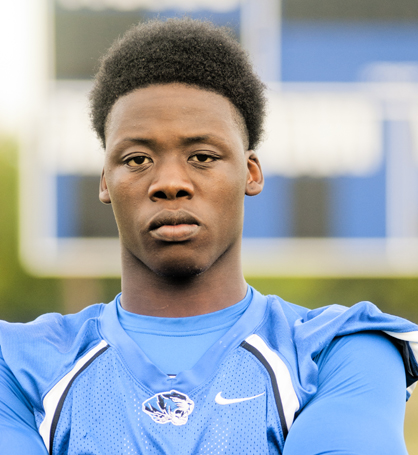 Senior defensive end Tim Bonner looks to be a terror for opposing offenses in 2014.

Louisville commit Tim Bonner and junior Rahmeel Cook will anchor the line at the end positions with Blaine Hawkins backing them up.

On the inside of the line, Causey said six to eight players will be rotating in and out all season, which will keep them fresh throughout the games. Tyler Colburn, Kesean Bell, Ken Gilbert and Micah Ward will see a lot of the action from the tackle positions.

“I don’t know if we have the size to plant four in the ground, so we’re going to mix it up and hopefully get one player with two because of our youth,” Causey said. “It’s hard to make up for guys like Tyler Merriweather and Hollis Bright with their strength and size.”

At inside linebacker, Causey said he has three players that could all be starters. Davonte May, Matt Dauphin and RJ Cox have all put in the work to prove they could start for the Tigers this season.

At the spur position, which is a linebacker/safety hybrid, Marcus Wright, Drew Jones and Anthony Jackson have all looked strong in the off-season.

Bobby Taylor brings the most experience back to the secondary after playing a significant role in the previous two seasons. He will start at cornerback along with AJ Collier. Percy Cistrunk, Demetrius Davis and Ryan Schroeder back them up at cornerback. 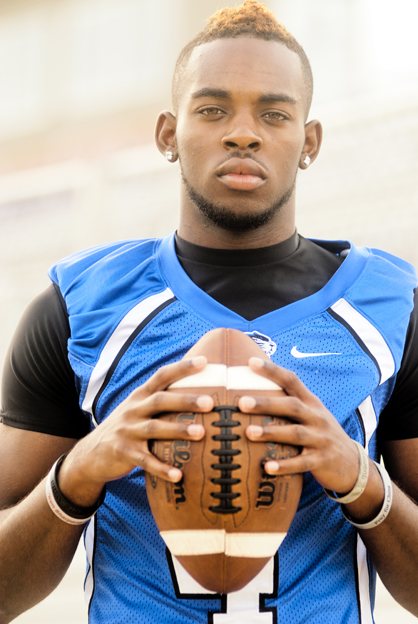 Bobby Taylor returns at the cornerback position for his senior season.

At safety, Logan McVay and Cal Logan are the likely starters. Causey said sophomore Matt Beckum has come a long way in the off-season, and he will be backing up McVay and Logan along with Caleb Spence and Marcus Wright.

The Tigers lost a weapon after last season in Leif Midgorden, who was nearly automatic on field goals and extra points. This season, Craig and Overstreet are battling to see who will be the go-to guy following touchdowns. Craig will be the kickoff specialist for the Tigers.

In the punting game, Demopolis lost Stephen Stewart, who was an all-state caliber punter. Causey said Perry will likely take over punting duties too.

Wil Stephens has had a great off-season, according to Causey, and will be the long snapper for the Tigers.

Returning punts and kicks will be Schroeder, Demetrius Davis and Craig.

“It just depends on who gives us the best opportunity to break one,” Causey said.