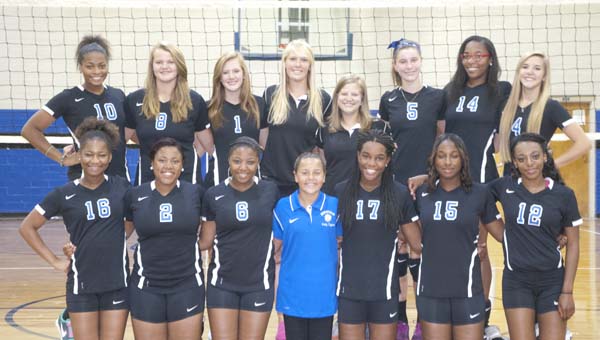 Demopolis High School’s volleyball team is looking to continue and build on the recent success of the program.

Head coach Angela Sanders said she’s seen a lot of improvement in the team since the beginning of summer.

“I’m really impressed with the work the girls have put in and the improvements they’ve made across the board,” she said. “We’ve shown the biggest improvement in our defense. We’ll be ready for anything any of the teams we play against throw at us.”

She added that while the team’s offense has improved, there’s always room for improvement there.

Sanders said the team will be led by its four seniors, Jade Montgomery, Ebony Moore, Brittany Mosley and Alex Barnett.

“They’re a really great group of girls, and they’re going to be what’s best for this team,” she said. “They’re going to take us in the right direction.”

The last few seasons, the Lady Tigers have finished first or second in their area tournament and advanced to the Super Regionals, but they haven’t been able to get past that stage. Sanders said she believes this team can surpass that and more. 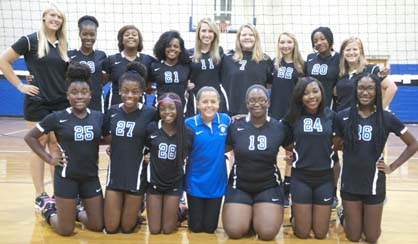 “Our goal is to win state,” she said. “I think this team has what it takes to get past Super Regionals and go a lot further than that. If we try hard, we can be successful.”

She added that staying positive will make the biggest difference from match to match.

“If we can find a way to keep our energy on the court positive, we’ll be successful,” she said. “When you get negative, that’s when you start to lose. We need to keep a good attitude throughout each match, because even if we fall behind, we can still come back and win.”

The Lady Tigers will open their season Thursday, Aug. 28 at home against Selma High School.