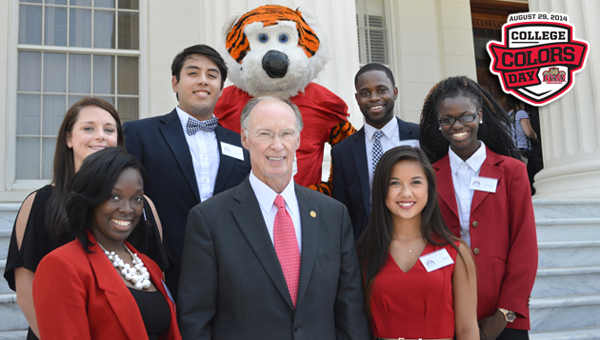 The University of West Alabama will join in the national celebration of College Colors Day on Friday, August 29. The annual celebration commemorates the beginning of college football season.

UWA’s “LUie” joined Gov. Robert Bentley and mascots and representatives from Alabama’s 13 other public universities and colleges at the State Capitol last week to announce the celebration.

UWA fans are asked to wear red and white on College Colors Day to show support for athletic teams. As part of the celebration, LUie will take photos with fans on campus.

The day is set each year on the Friday before most college teams begin their football seasons.

The UWA Bookstore on campus offers officially licensed merchandise and is open from 8 a.m. until 5 p.m. Monday through Friday.