Local players competing at next level 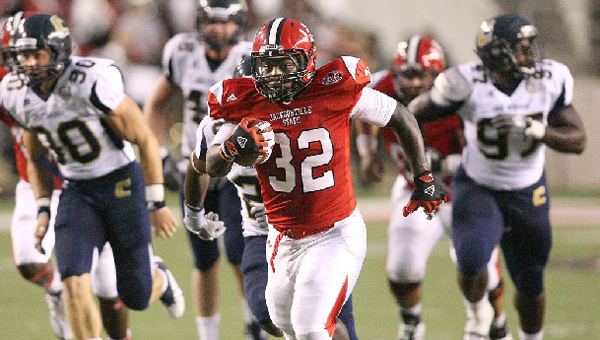 College football season kicked off around the country last weekend, and 22 players that played in Marengo County are on college rosters.

Demopolis has the most players at the next level with 11, followed by Linden with six and Sweet Water with five.

The players from Demopolis are as follows:

The players from Linden are as follows:

The players from Sweet Water are as follows:

Each week during the college football season, The Demopolis Times will run an update on how local players performed over the weekend.

For the first week of the season, a few former local players saw action.

On Friday, Jacksonville State took on the Michigan State Spartans, top-10 program in the country, and lost 45-7. Demopolis’ James finished with 18 yards rushing on three carries in the game. Sweet Water’s Landrum finished with two tackles.

Kemp, Cortez Lewis, Davis, Bruno and Aldridge did not participate in their teams’ games.