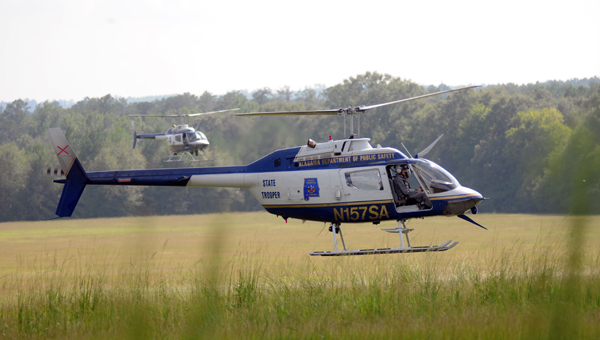 Multiple law enforcement agencies from Alabama, Mississippi and South Carolina, along with the Federal Bureau of Investigations took part in Tuesday’s search, which covered a 50-mile area from Butler County to Wilcox County. (Advocate Staff/Andy Brown)

BY ANDY BROWN / The Greenville Advocate

The bodies of five children reported missing in South Carolina were found Tuesday in Wilcox County.

Alabama State Trooper spokesman Sgt. Steve Jarrett said the bodies were discovered shortly after 3 p.m. on a dirt road off Alabama Hwy. 10 near the Oak Hill community. The father of the children, Timothy Ray Jones, Jr., of Lexington, S.C., led authorities to the site where the children were found.

Smith County (Miss.) Sheriff’s Office officials say that Jones confessed to killing the children after he was arrested on at a driver’s license checkpoint Sept. 6 in Raleigh, Miss.

Smith County Sheriff Charlie Crumpton said Jones appeared to be under the influence when he was stopped. When officers ran Jones’ tag after his arrest, they learned of a missing person report that had been filed for the children. 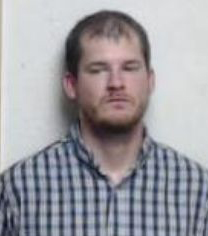 Authorities in South Carolina said the children, who ranged in age from one to eight, were reported missing by their mother on Sept. 3 and were last seen with their father. Investigators said Jones picked up the children from school and daycare on Aug. 28. They missed the following day of school, but were in attendance Tuesday, Sept. 2.

Jones’ ex-wife reported the children missing on Sept. 3, however, an Amber Alert was not issued because the report did not meet the five criteria.

According to Lexington County (S.C.) Sheriff Lewis McCarty, Timothy Ray Jones will be charged with five counts of murder, first degree. Additional charges could be added.

Wilcox County District Attorney Michael Jackson said he has been in communication with the district attorney in Lexington and the two agreed that Jones should be charged for the crimes in South Carolina. He said it is believed that the children were killed in South Carolina before being transported to Alabama.

“This is a very tragic situation,” Jackson said. “These kids lives were snuffed out before they had a chance to enjoy life. Justice will be served.”

McCarty said he believes Jones traveled to at least three states with the children’s bodies stuffed in garbage bags in the back of his SUV.

The cause of death is still unknown.

McCarty said a motive for the murders has yet to be determined.

“He has not indicated why he did it,” McCarty said.

McCarty said Jones has no history of mental illness.

Multiple law enforcement agencies from Alabama, Mississippi and South Carolina, along with the Federal Bureau of Investigations took part in Tuesday’s search, which covered a 50-mile area from Butler County to Wilcox County.