Andy Brown, 33, has been named publisher of The Demopolis Times, Demopolis The Magazine, and their affiliated publications. 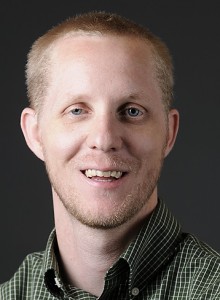 “I’m honored and excited to have the opportunity to come to Demopolis and build on the good work that the staff here has been doing,” Brown said. “My wife and I are looking forward to getting plugged into the community and making Demopolis our home.”

Prior to his time in Greenville, Brown spent two years serving as a missionary with The Navigators in Almaty, Kazakhstan. During that time he served as the field staff administrator and taught Intensive English at the Kazakh Economic University.

Before moving to Kazakhstan, Brown worked as a sports reporter for The Eufaula Tribune from 2007 to 2009, during which time he won five Alabama Press Association Better Newspaper Contest awards and helped the Tribune to back-to-back second-place finishes for “Best Sports Section” in 2008 and 2009.  After graduating from Troy, he served two stints as the sports editor at the Troy Messenger, an affiliated newspaper of The Demopolis Times.

Brown has served as public relations chairman and a member of the board of directors for the Rotary Club of Greenville.

He is married to the former Jennifer Nolen, a Eufaula native and graduate of Troy University.