Collins Communications founder and Christmas on the River co-founder Barry Collins has passed away.

Collins was born in Gallion in 1932 and grew up there. He graduated from Demopolis High School and attended the University of Alabama engineering school. After returning home from college, he went back to work at the local radio station where he had worked as a teenager. 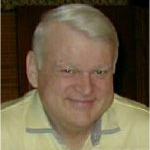 In 1964, he founded Collins Communications and stayed active until he retired in 1994.

When Christmas on the River began, it consisted of people decorating their pontoon boats and houseboats with Christmas lights and floating them down the river. Now, COTR has grown into a large spectacle with not only the river parade, but a day parade, a barbecue cook-off and more.

Collins passed away at his home in Demopolis on Wednesday. Funeral services will be held Friday at 3 p.m. at Riverside Cemetery. The family will receive friends at Kirk Funeral Homes Demopolis Chapel from 1-2:40 p.m. Friday before the service.