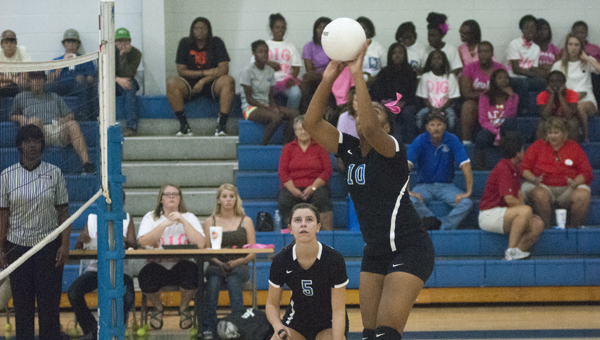 Ivery Moore tips the ball over the net in Demopolis’ match against Linden on Monday.

The Demopolis Lady Tigers (15-5, 4-0) held on to beat the Linden Lady Patriots in five sets on Senior Night.

The Lady Tigers refocused in the fifth set and pulled out a 15-13 win to take the match three sets to two.

“We know we have the talent to win these matches, but we have to execute through the end,” DHS head coach Angela Sanders said. “We’ve got to learn to finish.”

Jade Montgomery sets a teammate up for a spike.

“She’s been working really hard on the net, and we’ve been working on our offense as a team in practice,” Sanders said. “We’re getting better at the net.” 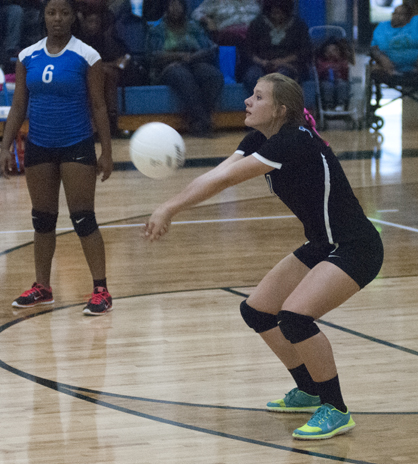 “They have a huge effect on our team both on and off the court,” Sanders said of her seniors. “All four of them always have a good attitude, and they’re the true leaders on this team. They’re our positive energy day in and day out.”