Little Free Library is a worldwide effort that allows people to take a book and leave a book at a box apart from the library.

“I think it’s a great way for us to get the library’s name out there and encourage people to read more,” said DPL Director Morgan Allen. “It’s an extension of the library in the community, and it’s something that is done in larger cities around the world.” 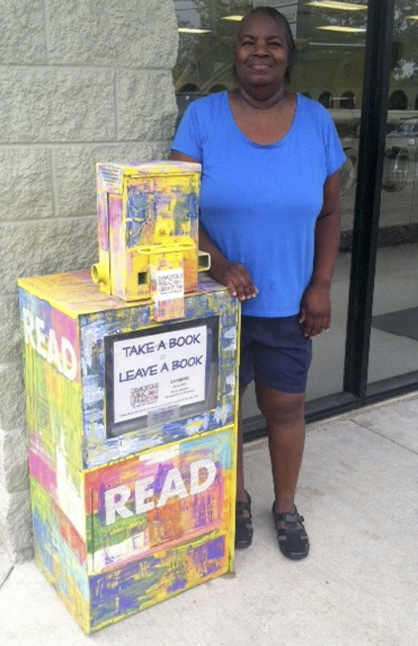 The first location for Demopolis’ Little Free Library is in front of Suds by Holiday Cleaners and Batter Up. Allen said Suds owner Jason Windham was open to the idea.

“We’re grateful that Jason let us put the box there,” she said. “I’m hoping the boxes will get people’s attention and get them thinking about books.”

She added that anyone who has books they’d like to donate, feel free to stop by the box and add them to it.

“We’re looking for books for children, teens and adults,” she said.

The Demopolis Times donated four old newspaper racks that were considered beyond repair for newspaper use to the library to serve as the Little Free Libraries. Allen said there are plans to put one at Foscue Park in the near future, but other locations haven’t been decided yet.

For more information about the Little Free Library, call the Demopolis Public Library at (334) 289-1595.