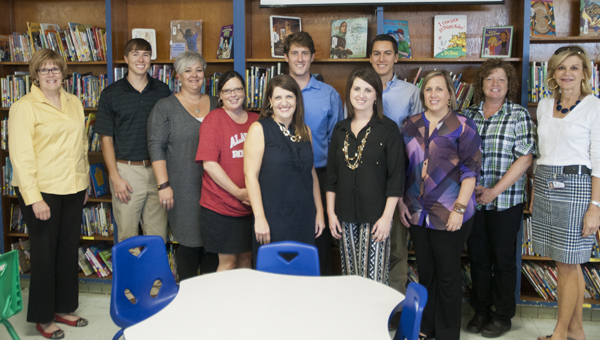 The Demopolis City Schools received a donation of books Thursday that will help the libraries in the four schools.

The University of Alabama Center of Economic Development has a project called Books for the Black Belt in which they collect new or slightly used books from across the state for schools in the Black Belt.

Whitlock, the Demopolis High School librarian, said the school system had not received state funding for the libraries in eight years, and Windham, librarian at U.S. Jones, said the only way she has been able to raise money is through the book fair.

“This donation is very important for us,” Windham said. “A lot of the books we have are coming apart.” 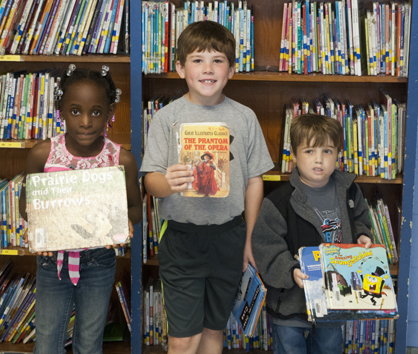 Milani O’Neal, Cameron Bell and Jacob Saelens are shown with some of U.S. Jones Elementary School’s library books that are worn from use.

“It’s a challenge for all libraries right now,” Barnes said. “The Foundation gives money to libraries through our grants when possible, but they still need help.”

Weber said the Books for the Black Belt program gave out approximately 10,000 books in the last year.

“We take donations of books from everywhere,” Weber said. “People all over the state are very supportive of this program. Our office is just a gateway to make the program happen.”

Thursday, the Demopolis City Schools received a 170-volume set of educator tool books, as well as some audiobooks and other educational resources from the UACED.