Demopolis junior Adam Brooker and freshman Zachary Chu were invited to the program where they will practice and compete in Montgomery, Birmingham and Atlanta.

Dr. Ronnie Chu, who started Demopolis Elite Soccer, and coach Paschal Dunne said there were several other local players that could have been invited but were too old for the program. 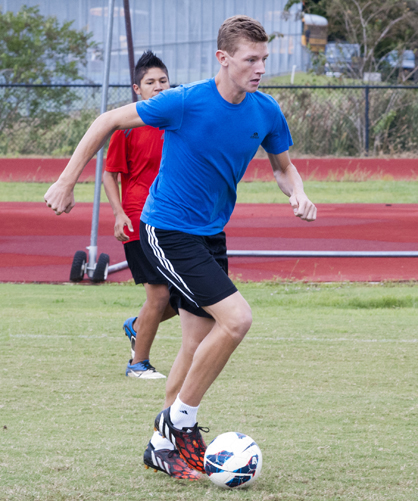 Demopolis junior Adam Brooker (pictured) and freshman Zachary Chu have been invited to U.S. Youth Soccer’s Olympic Development Program. The pair will compete for a spot on the state team and a chance to be named to a regional team.

“We’ve been working on this for a while because kids from Demopolis have never had a chance for this kind of exposure,” Ronnie Chu said. “Three other players, Jeremy [Chu], Austin Brooks and Cristian Velez, could have made it except for their age.”

Ronnie Chu added that Zachary Chu and Brooker will be assigned a time to go to a training site and players will be picked to the state team. Once chosen for the state team, players will have the opportunity to be selected for the regional team.

Players are selected based on technique, tactics, fitness, athletic ability, and attitude.

“Adam has a great future if he continues to train and improve,” Dunne said. “Zachary is only a freshman and has done a great job. Adam and Zach are both very sound technically.”

Ronnie Chu said Brooker and Zachary Chu are the first two players from Demopolis invited to participate in ODP. 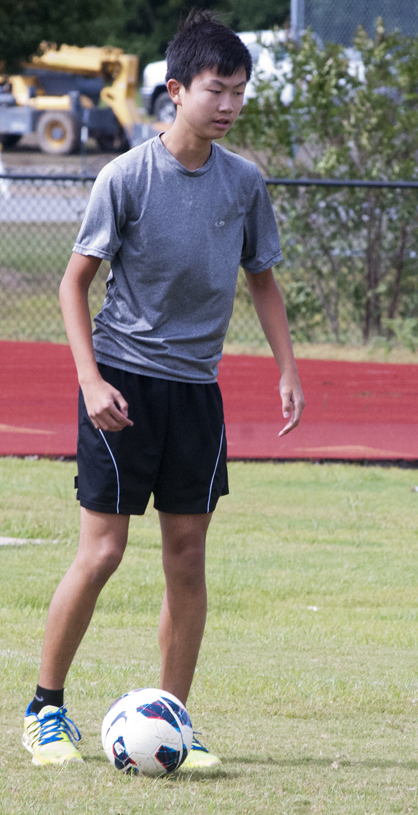 Demopolis freshman Zachary Chu hopes to turn his love for soccer into a career.

“I feel like this is the beginning of my career,” Brooker said. “This is what I’ve been working so hard for. We’re going to have to step up and play better and work harder to meet the expectations at ODP. I hope to play college soccer then see if I can get to the next level and keep growing.”

Zachary Chu said it’s a big honor for him to be selected.

“It’s always good to be recognized for your hard work,” he said. “It’s a very big honor. I owe it to my teammates, my parents and my brother for helping me so much. I hope to get better as a player and bring what I learn back so I can teach it to other players. In the end, I want to play in college and hopefully make a career out of it.”

In addition to being invited to ODP, Zachary Chu was also invited to train with the Birmingham United Soccer Association.

“Without Coach Dunne and parents training with theses players, they wouldn’t have a chance at these opportunities,” Ronnie Chu said. “This is an up and coming sport in Demopolis as well as in the U.S. We want to create some dreams for these players and help them reach those dreams.”