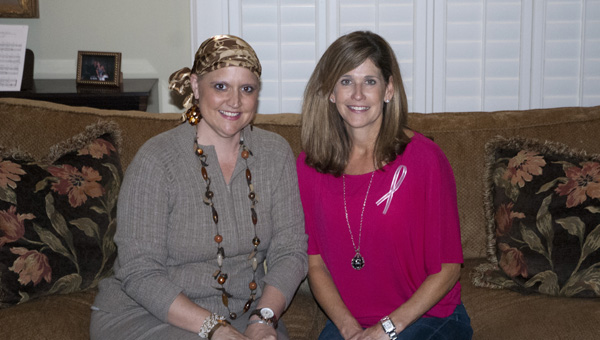 Breast cancer research is a cause that is near and dear to Jill Tutt’s heart.

Tutt, a teacher at Demopolis High School and a singer, lost her mother to the disease.

This loss gave her the idea and motivation to start the Shirley Dixon Breast Cancer Foundation.

Tutt’s new Christmas album, It’s Almost Christmas Day, is the first step for her new foundation. She said 10 percent of all proceeds from the album will go to the foundation. 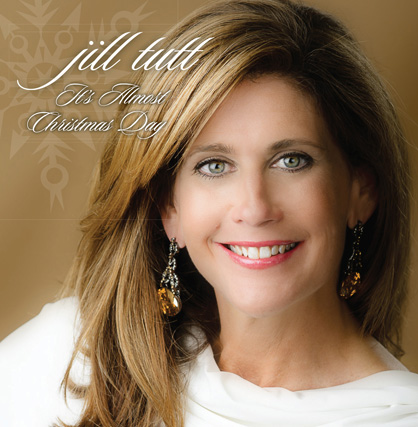 Jill Tutt’s new Christmas album, It’s Almost Christmas Day, is available on iTunes and will be available in local stores after the Nov. 1 listening party.

“When I first thought of the idea of donating money to breast cancer, I thought about doing it through the national foundation,” she said. “But I wanted to be able to help people I can see and touch, so I went to Woody Dinning’s office and got the ball rolling on the foundation.”

While the foundation isn’t officially off the ground yet, Tutt has found a recipient for the first donation from the album proceeds.

Waverly Brace, a Demopolis native and resident, has been battling breast cancer since December 2013.

“I was running with Carrie Dauphin one morning and telling her about what I wanted to do, and she knew Waverly from church,” Tutt said. “It just felt right to choose her as the first recipient.”

Brace said the last year has been a whirlwind, but when she heard from Tutt about her plan, it was a blessing.

“When she first contacted me, it was a blessing,” Brace said. “It was around the first of September, and I just started crying. I was so overjoyed and filled with emotion.”

Brace added that she discovered she had breast cancer by doing a breast self-exam and finding a lump.

“After I found the lump, I went to Dr. Judy Travis, and after that, it was a constant whirlwind,” she said. “We caught it at stage one, so it was very treatable.”

Brace didn’t have insurance, so the program allowed her to get chemotherapy treatments.

She added that the donation she receives from Tutt’s foundation will go toward a $4,000 bill for gene testing.

“My mother and my aunt both battle breast cancer, so the radiology department in Tuscaloosa wanted to do gene testing on me,” she said. “I was able to get the cancer removed with a lumpectomy, and I’m now done with chemo and waiting to have CT scans done in November to see where I am.”

As far as Tutt’s album, it’s already available for download on iTunes, and there will be a listening party at the Demopolis Country Club on Saturday, Nov. 1.

There are 10 songs on the album, including eight traditional songs and two originals.

She said there is a unique flair to the traditional songs, but not enough to make them any less traditional.

“Some of the songs are fun songs and others are more serious Christmas songs,” she said. “The songs have a twist to them, but they’re still traditional.”

Tutt said there will be hats, shirts and albums for sale at the party, and 10 percent of everything sold will go to the foundation.

Albums will be on sale at The Mustard Seed and Lindsey’s in Demopolis after the listening party.