Virginia Ann (Jenny) Alday Walker, 73, of Gallion, left this world to be with Jesus on Saturday Oct. 25.

She lost her four-month battle against illness and passed away peacefully in her home surrounded by her family. 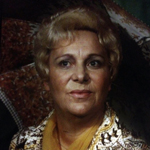 She was born June 15, 1941, in Donalsonville, Ga., to the late William Frank Alday and Georgia Alday Hart. She spent her life as a homemaker and mother of 12.

She was preceded in death by her parents, William Frank Alday and Georgia Alday Hart; and son Paul McLauchlin of Lakeland, Fla.

A memorial service will be held in honor of her life on Saturday, Nov. 8, at Kirk Funeral Home in Demopolis. Visitation will be held at 10 a.m. to be followed by the service at 11 a.m. All family and friends will be received at the family’s home in Gallion immediately following the service.

In lieu of flowers, the family requests donations be made in Walker’s name to the Hospice Angels Foundation at Hospice Advantage, 1307 Highway 80 West, Demopolis, AL, 36732.

The family would like to say a most heartfelt thank you to the many nurses and medical professionals who gave such wonderful and compassionate care to their mother at Bryan W. Whitfield Memorial Hospital of Demopolis, DCH and Noland Hospitals of Tuscaloosa, Hale County Hospital of Greensboro and to the Angels of Mercy at Hospice Advantage of Demopolis. We could not have done it without the compassionate care of each of you.