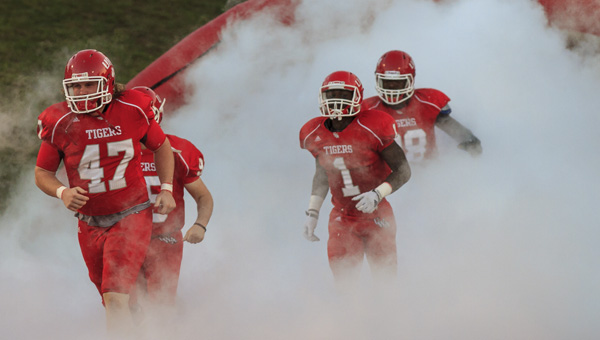 Though the motivating factors for Thursday’s Gulf South Conference game between West Alabama and Valdosta State may be different, it won’t make what was once a lopsided series turned heated rivalry any less intense for an ESPN3 and Tiger Stadium audience.

Valdosta State is 5-2 overall, 3-2 in the GSC and owns a three-game winning streak. The Blazers are currently seeded fifth in the NCAA Division II Super Region 2 standings. West Alabama is 4-4 and needs to win two of its last three games to avoid the first losing season in Livingston in six years.

Also throw in the fact that the Blazers came to Tiger Stadium last season ranked No. 1 in the nation and were defeated by UWA, 49-30, starting a spiral that saw the Blazers lose four of their last six games.

So much for the spiral these days. After early losses to Division II powers Delta State and North Alabama, the Blazers have outscored opponents 139-12 the last three weeks, while outgaining opponents by an average of 561 total yards to 236.

The Valdosta State defense has not allowed a touchdown since the 5:28 mark of its game against North Alabama on September 27. That is a span of three games, 12 quarters and 185 minutes, 28 seconds.

“Valdosta State has been playing lights out and is a good team, a very well-coached team” UWA head coach Brett Gilliland said. “Our guys have a tendency to play well on Thursday nights when they know a lot of people are watching, but I know Valdosta State will be ready to play as well.”

This is the 34th game in a series that began in 1982. Valdosta State leads the series 29-4, but the Tigers have won three of the last five meetings. VSU is 12-3 all-time at Tiger Stadium, but UWA has won the last two games in Livingston.

“For us it starts the same very week, we have to be able to establish the running game and stop the run. That is what everything bases off of for us,” Gilliland said. “We didn’t do that on either side of the ball last week. It always starts there with us, but especially this week.”

West Alabama will be looking to avoid losing three straight home games for the first time since the 2007 season when the Tigers lost to Valdosta State, Arkansas-Monticello and Delta State at Tiger Stadium in October.

Kickoff is set for 6:04 p.m. for “GSC Football Game of the Week Presented by Florida’s Space Coast”. Tickets will be available at the gate for $10.