There are some people out there that, no matter how bad things may seem, their smile or laugh can turn that all around.

Tommy Merriweather was one of those people. 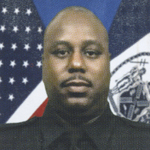 After serving eight years in the United States Army, Tommy joined the New York Police Department in 1989. In January 2013, Tommy passed away from pancreatic cancer that he contracted as a result of his work on the rescue and recovery from the World Trace Center attacks on Sept. 11, 2001.

Tommy was described by his mother and his partners in the NYPD as one of the best the department had to offer. He was well-respected by everyone he worked with.

“He was No. 1 to the people around him,” his mother Bertha said. “He was well-respected, and when he was going through chemotherapy treatments in the hospital, he always had nine or 10 detectives with him.”

Tommy worked as an undercover detective during the crack cocaine wars in New York City in the 1990s. His partner during much of that time, Carey Billingy, said when he started working with Tommy in 1991, he knew Tommy was a natural in that kind of work.

“I taught him how to buy drugs in the NYPD, but he taught me how to buy drugs period,” Billingy said. “Buying drugs during the crack wars was very dangerous work, but we learned to intimidate on the streets. We walked together like a pair of childhood friends that were now addicts. We were together so much, if one of us wasn’t there one day, the drug dealers would ask where the other one was. Tommy didn’t look like a cop. He was intimidating until you talked to him and he flashed that smile and laughed.”

Another one of Tommy’s partners, Linda Eaton-Lewis, said working with Tommy wasn’t like work at all.

“He was a real good guy, and he’s greatly missed,” she said. “We were undercovers together. He trained me. Not only did we have a real good working relationship, we were also really close friends. We were all like a family. He had an ability to understand when you needed someone to talk to. He extended himself to help out. He was a good person, a hard worker and a provider for his family.”

Billingy said during their time working together, he came up with the idea that they mimic a family in a housing development.

“We worked the streets like that for five to six months and took down 79 drug dealers,” he said. “We hit them 15 times to confirm that they were dealing. It took us two weeks to lock up 76 of them, and we got the other three later because they ran. Nobody really knows the work we did. We had the greatest con.”

Billingy and Tommy worked as partners from 1991 to 2005, and Billingy said he wouldn’t be where he is without Tommy.

“He put his heart in it,” he said. “We were saving lives every day. He knew it was a noble cause. Without my partner, I wouldn’t be half the cop I am. He was the best partner in the whole world. With all our time together, we never did anything together in uniform. We were always undercover and never in uniform together.”

Billingy said on the morning of 9/11, he was eating breakfast and Tommy was driving into work.

“He called me and said the buildings were smoking,” Billingy said. “I raced into work. We were undercover, so we had to stay in the office, but Tommy said ‘We’re police officers and this is an emergency,’ so we went out to the pile and started working. Tommy said we had to do something, and we did. Tommy knew the air was no good, but we went down on our own time. After a few weeks, they put us on Staten Island looking for body parts. They say the air made him sick.”

Shortly after Tommy retired in 2009, Billingy said he got a call from Tommy saying he was sick.

“He retired and right after that, he told me he was sick,” he said. “He didn’t think he would get better. I was going to retire because we had plans together, but he died January a year ago. I retired the following year. I see the doctor regularly, and I’m fine, but it was just Tommy’s luck of the draw. It hurt so much when I found out he was sick. He was the Godfather to my daughter.”

Eaton-Lewis said when she found out Tommy was sick, she went through a range of emotions.

“I was sad and angry,” she said. “But being there for him and seeing his strength … that was amazing. I miss my friend, and I still want to be able to call and talk to him about things. So many people came to see him when he was sick, and it was really amazing to see. So many people realized how special he was and how good of a person he was.”

Bertha, who still lives in New York, said Billingy and Eaton-Lewis visit her often to spend time with her.

“His birthday was in September and they came over and celebrated with me,” she said.

During his time as a detective in the NYPD, Tommy was promoted all the way to Detective First Grade. He battled cancer for a year and nine months before passing away on Jan. 21, 2013, at the age of 49.