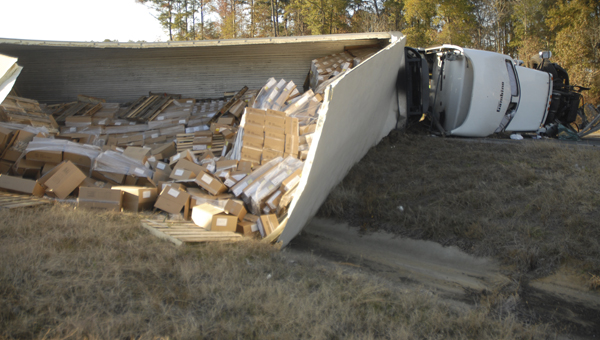 An 18-wheeler overturned in the midst of an accident near the intersection of Highway 80 and Highway 28 Friday afternoon.

An accident involving an 18-wheeler and a minivan occurred Friday afternoon near the intersection of Highway 80 and Highway 28 North going toward Livingston.

The driver of the minivan was transported to Bryan W. Whitfield Memorial Hospital for treatment of injuries. The driver of the 18-wheeler, which overturned, was shaken up but walking around the scene of the accident. 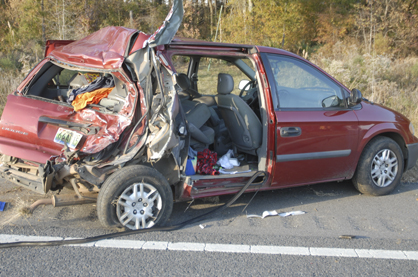 A minivan was also involved in the accident. The driver of the minivan was transported to BWWMH with injuries.

Even though the accident occurred outside city limits, the Demopolis Police Department and Demopolis Fire Department responded to the accident. DPD Chief Tommie Reese said the truck was heading east, but he was unsure about the minivan.

Both westbound lanes of Highway 80 were blocked at the time of the accident and crews were working to clean it up.