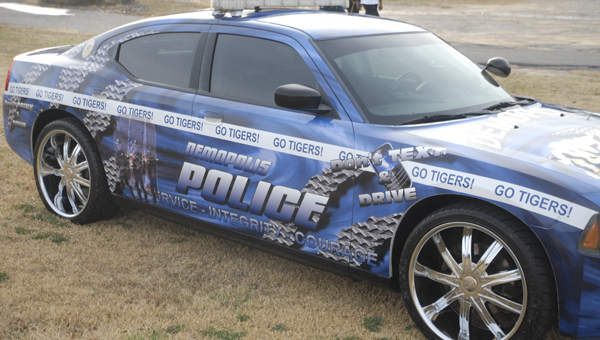 The Demopolis Police Department put a wrap on a patrol car that will now be used by DPD School Resource Officer Marcus Williams.

An upgraded Demopolis Police Department patrol car will make its debut during Saturday’s Christmas on the River day parade.

The car features a wrap supporting the Demopolis City Schools with “Go Tigers” around the car, as well as a tiger on the hood. The car will be used by DPD’s School Resource Officer Marcus Williams. 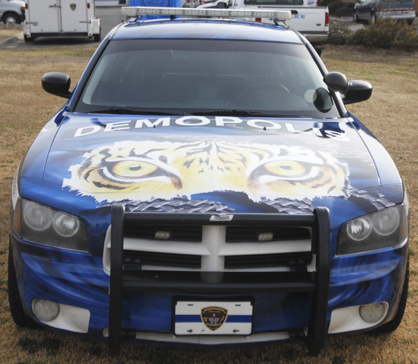 The wrap promotes the school system with a tiger on the hood and “Go Tigers” along the side of the car.

“The money was seized and confiscated from a local dope dealer,” Reese said. “There was no cost to the taxpayers to do this. Most departments have a car designated to the SRO, so we wanted to do the same thing. It’s also a way for us to promote the school system with ‘Go Tigers’ and things like that written on it. I think it will be a hit, especially with the younger children.”