She grew up in Demopolis and passed away on Friday, Dec. 5. She was head of the guidance department at West Oak High School in South Carolina. Her mother was a teacher and educator. 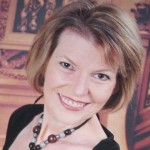 The value of education was instilled in her by her mother. Love of God and family was paramount in her upbringing and she embodied these values throughout her lifetime. Her faith in God, her husband Terry Fountain, and their children were her greatest joy. Terry and Polly had an extended family of students who became members of their family.

Polly graduated from Demopolis High School. She went on to graduate from Auburn University and Livingston University obtaining her Masters in Counseling and Education.

She taught kindergarten at Sunshine School and then became an elementary school guidance counselor in Greensboro.

Subsequently, she worked as a high school guidance counselor in Monroe, Ga., before returning to Alabama where she worked at Russell County High School.

Polly was an incandescent being who made life-long friends wherever she was. Her family and friends knew her as a fun-loving, joyful, witty, humorous and honest person.

She was an enthusiastic Auburn fanatic, a fearless driver, a tireless shopper and a beautiful woman. Most of all, she was a loving and devoted wife, mother and daughter.

Polly and Terry had a marriage of mutual respect, admiration and unconditional love. As their daughter Carmen observed, “Mom and Dad together had the ability to heal everyone around them.” H

er wide open heart enabled her to embrace not only her own children,but any child, or student who needed her.

She was preceded in death by her father, Kenneth Mays; and step-son, Ray S. Fountain.

Polly was a force for good in her time among us and we know her light continues to shine in those she touched with her love. We rejoice that she has gone home, but we grieve because she left us too soon.