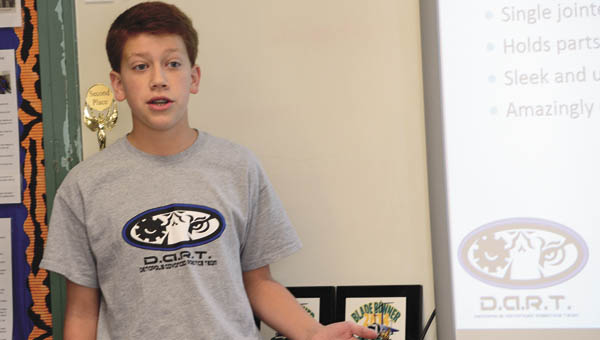 The Demopolis Advanced Robotics Team is on the rise.

The team, better known as D.A.R.T., claimed a 27th place finish at the South’s BEST Regional Robotics Championship in only its second year of existence. The team finished 31st at last year’s competition.

BEST Robotics includes two elements. The first is a robot competition, in which teams attempt to score as many points as possible in head-to-head competition.

The second is the BEST award. The BEST award includes such tasks as writing a high-quality technical notebook or engineering journal, marketing the team, promoting BEST, an interview, delivering an oral presentation to a panel of judges, and creating an exhibit that displays information about the team.

“I’m very proud of our students and look forward to what we can accomplish in the years to come,” team sponsor Ashley Brock said.

More than half of the team was made up of eighth graders, while many of the 56 teams in the competition featured sophomores, juniors and seniors, according to Brock. 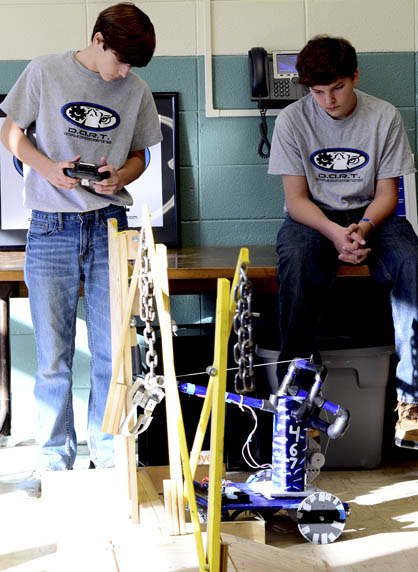 “For seventh, eighth and ninth graders to compete against juniors and seniors and do as well as they did, that’s pretty good,” she said.

D.A.R.T. likely would have garnered a higher finish in the competition if it weren’t for hiccup in the first two rounds of the contest.

“Our robot had an electrical short in the first two rounds,” Brock said. “It was very disappointing, but there was nothing that could be done and it was not because of anything the students did. It was just a bit of bad luck. They have no reason to hang their heads at all.”

D.A.R.T. qualified for the South’s BEST Regional Robotics Championship by finishing second at the Shelton State BEST Competition in November.

In the Shelton competition, the team finished first in marketing, first in engineering notebook, second in spirit and second in most photogenic.