Demopolis police officers were led on a high-speed chase from Demopolis to Selma early Thursday morning that ended in one arrest.

DPD Chief Tommie Reese said in a press release that officers responded to an alarm at SunSouth (John Deere) and noticed a white van leaving the parking lot at a high rate of speed. 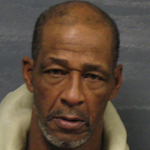 Audre Jerome Hendon, 57, of Birmingham, was arrested after a high speed chase that led Demopolis officers to Selma.

The officers gave chase east on Highway 80. The chase reached speeds of 100 miles per hour, according to Reese. He added that individuals in the van began throwing chainsaws and other items taken from SunSouth at the officers in pursuit to slow them down or cause them to wreck.

Reese said the chase ended in Selma after the suspects drove through two yards and tore down two fences. DPD officers apprehended one suspect after a brief chase on foot. The other suspect was able to flee the area.

Reese also noticed that the van used in the burglary was a stolen vehicle that had been used in other crimes in Alabama. He said other law enforcement agencies could also bring charges for other crimes committed in the state.

After his arrest, Hendon was transported back to Demopolis where he was processed and taken to the Marengo County Detention Center to await a bond hearing.

Reese commended his officers for a job well done.

“We are the keepers of the city, and tonight our officers did an excellent job, as always,” he said.