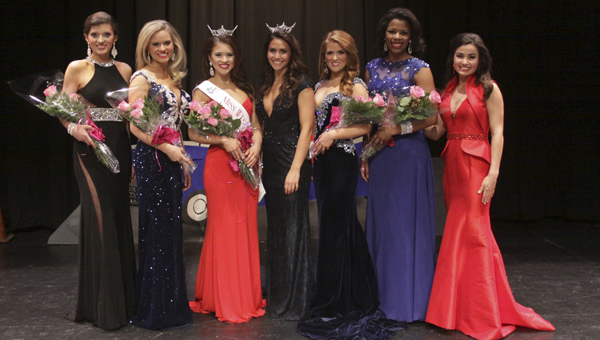 Katie Malone, third from the left, was crowned Miss West Central Alabama Jan. 17 on the campus of the University of West Alabama in Livingston. 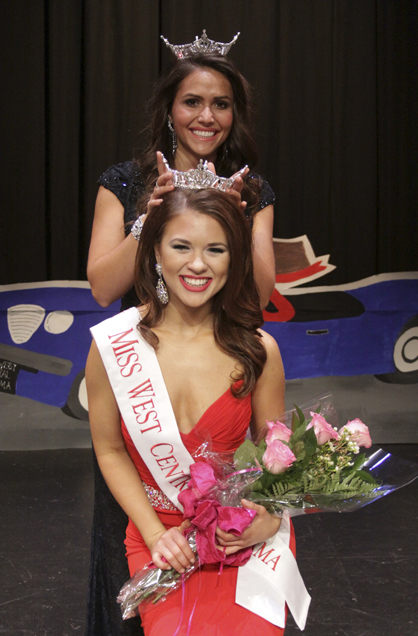 Malone, the daughter of Tom and Yvonne Malone of Trussville, is a 2014 graduate of the University of Alabama with a degree in broadcast news. For her community service project, she promotes and volunteers with the Ronald McDonald House.