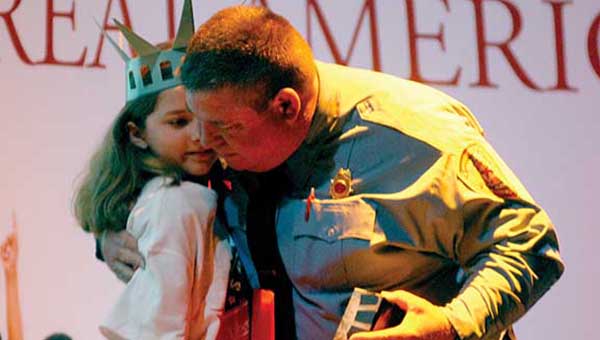 Nearly 200 students completed the program, which was sponsored by the Liberty Learning Foundation and Alabama Power.

“Alabama Power is grateful to be a partner for this program,” said Riley Wells, plant manager at Alabama Power’s Greene County Steam Plant. “We have been very impressed with these students, and we look forward to seeing what they will do with all they have learned.”

In addition to graduating from the program, each of the seven fifth-grade classes chose a citizen they believed to be a community hero. The community hero they selected was given a Statue of Liberty replica during the ceremony to commemorate the honor. 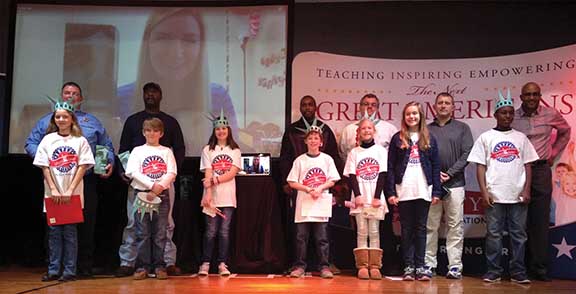 At the end of the program, students said a pledge to be super citizens in every aspect of their lives.

“This program tells who we are and who we should be,” said U.S. Jones Elementary principal Leon Clark.

“Citizenship is sort of on shaky ground right now. Going through a program like this lets students know what it means to be a citizen and what’s on their shoulders.”