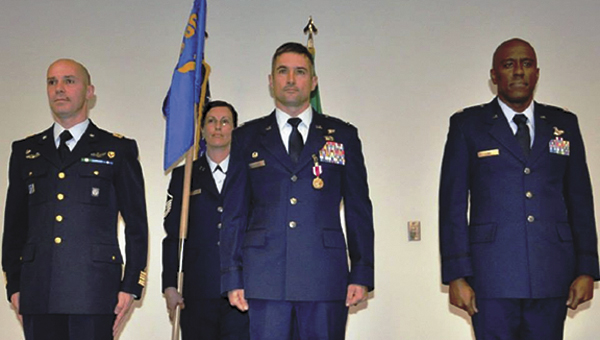 The Demopolis City Council on Thursday night presented the family of U.S. Air Force Lt. Col. T.J. Lowe with a proclamation in honor of the Demopolis native’s service to his country.

Lowe recently became the commander of the 80th Operations Support Squadron at Sheppard Air Force Base in Texas. A change of command ceremony was held at the base on Jan. 23 when Lowe took command of the squadron from Lt. Col. Anthony Mulhare.

Lowe is a 1994 graduate of Demopolis High School. He went to receive a degree from Grambling University before entering the Air Force.

Mayor Mike Grayson said Lowe is someone the city can be proud of.

“To be a lieutenant colonel, if you know anything about military, and especially at his age, that’s pretty impressive,” Grayson said. “Also, if you look at his background in terms of schools he has attended, and one is Air War College at Maxwell Air Force Base in Montgomery, you see just how impressive he is. You don’t get to go to that school unless you’ve got something on the ball.