The Demopolis Area Chamber of Commerce has named Ashley Coplin its next executive director.

The Demopolis native replaces Michael Kennedy, who resigned from the position on Jan. 9. She started her new position Wednesday. 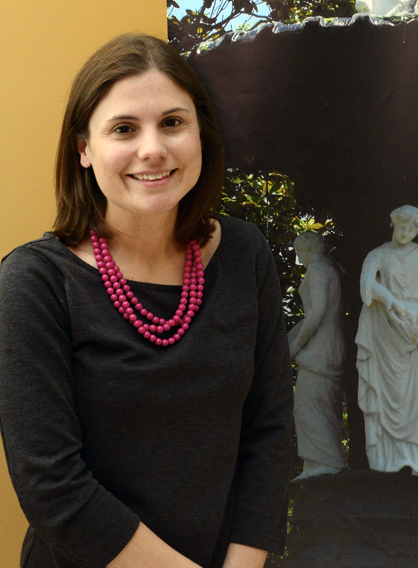 Ashley Coplin has been named the new executive director of the Demopolis Area Chamber of Commerce.

“When the position came open, I was immediately interested,” Coplin said. “Will and I were looking to move back home, and growing up here, this is a job I always wanted. If I was going to move back here, I considered this to be the ultimate job for me. It’s what I’ve always wanted to do.”

Coplin was born and raised in Demopolis and went to the University of Alabama, where she received her undergraduate and master’s degrees in restaurant, hotel and meetings management.

She spent eight years working at North River Yacht Club in Tuscaloosa in various positions, her last position being membership coordinator. In total, Coplin said, she has 10 years of experience in the field.

Before Kennedy resigned, Coplin and her husband, Will, had already started the transition of moving back to Demopolis. Ashley started working at Air Evac as a sales manager in late 2014.

“I really enjoyed working with them, so leaving was very bittersweet for me,” she said. “I’m looking forward to having the ability to give back to Demopolis. It takes a village to raise a child, and Demopolis raised me. I’m excited about serving this community.”

Coplin said she has a couple big things she wants to accomplish with the Chamber.

Chamber Board of Directors President Aretha Muhammad said the board is excited to bring Coplin on board.

“We’re very happy to get Ashley,” Muhammad said. “She comes to us highly recommended, and she’s a very great candidate. We’re happy and pleased to have her here.”

Ashley and Will have one child, William Michael.