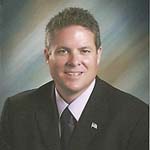 Griffin, 45, said Monday afternoon that he and the Demopolis Board of Education reached a mutual agreement to terminate his contract one year early.

“I’m vested in the Alabama retirement system, and I have an opportunity that’s not in public education that presented itself,” Griffin said. “I feel it’s in my best interest to retire and take this position. I look forward to this next chapter in my life. I view it as just being my time.”

Griffin’s early announcement allows the DCS Board of Education three months to find his successor.

Griffin took over the Demopolis City Schools in 2010, and he said education in Alabama changed significantly in 2011.

“I know I was criticized at times for not being visible, but with the times being what they were, and the funding that was cut with the modifications to the education trust fund, I had to completely and totally spend every waking hour writing grants and figuring out alternative funding sources to prevent our classrooms from suffering a negative impact,” he said. “There was a little bit of negative on the front end when we had to eliminate some positions, but with smart spending and saving, we have been able to slowly but surely bring them back. Education in Alabama went through the toughest times it’s ever known, but we’ve been able to grow our revenue during these extremely difficult times, and I’m very proud of that.”

He added that during his tenure, the school system has added dual enrollment, grown Advanced Placement opportunities through grant funding, and seen a significant increase in proficiency on high stakes assessments.

“During the 12-13 year, our eighth grade on the ARMT-Plus, we were fourth in the state in math and eighth in the state in reading,” he said. “I want to thank all the teachers for buying into the formative assessment data analysis process and allowing the data to drive instruction. We reaped the benefits from that. We’ve also worked hard with business and industry, and we’ve started new career tech programs, which are preparing our students for the workforce. Hopefully that will be a draw for Demopolis because when an industry sees a K-12 system preparing students for the workforce, it’s a draw to them.”

“Our technology is among the best in the state thanks to the hard work and dedication from Jeremiah and his staff,” he said. “He’s put us in one of the best situations for 21st century learning.

“The list of thanks is so long, but it’s one of those things…you know who you are, and I thank you,” he said. “I want to thank the community and the board. My prayers are with the board as they begin their search for my successor. I pray they’ll find a person by min-June, or even sooner, so that I may work with them to set them up for success. I feel confident that will be the case.”

Griffin said that he will continue to work tirelessly until his final day.

“I have other grants I’m working on, and we’re continuing to work on the project at the high school,” he said. “We’ll work on next year’s budget so that can move forward with the year.”