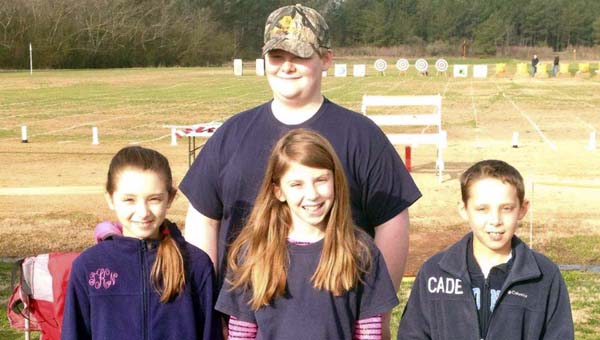 Marengo County’s youth have a new option for extracurricular activities.

The Marengo County 4-H Shooting Sports teams have started in full swing, just competing in their first two competitions in March. Currently, there is an archery team and a BB gun team.

Both teams competed in state competitions and fared well, despite being short on team members.

“We finished fourth in the state at the archery competition in Cullman,” said Beth Yates, the county extension agent over the teams. “Our kids really competed. Three of them had sighted compound bows, and one was using one of our stock bows, and we came in fourth in the state.”

The BB gun team finished third in the state at a competition in Anniston, and earned a spot in the Daisy National BB Gun Competition in Rogers, Ark. 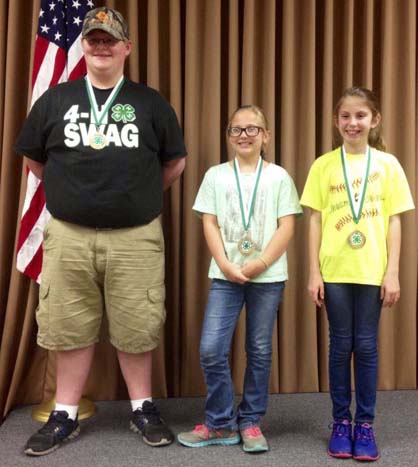 “The top three teams from each division qualified for the Daisy competition, and we did it with three team members,” Yates said. “You can have up to five on a competition team.”

Yates said the 4-H programs are free for children ages 9-18.

“We want to continue to grow this program,” she said. “To be on a competition team, you have to participate in practices and be active in 4-H for three months leading up to a competition. This is a nice alternative to traditional sports. Everything is free to join. We have bows for those that don’t have them.”

Practices are held at the Marengo County Extension Office in Linden, which is in the former National Guard Armory building.

She added that the goal for the program is to continue to grow and add not just members, but also more shooting teams.

“Right now, we have a grant that will allow us to buy more bows, targets and a ballistic net,” she said. “We have to get funding for it, but we want to add a pellet team and a .22 rifle team as well. We have the facility, and we have people signed up to be trained as volunteers.”

Yates said anyone interested in joining or volunteering can come to the Extension Office at 2400 East Coats Ave. in Linden to sign up. To be a volunteer, one must pass an extensive background check through Auburn University and go through some paperwork to become a trained 4-H volunteer.