Spring Pilgrimage to be held this weekend 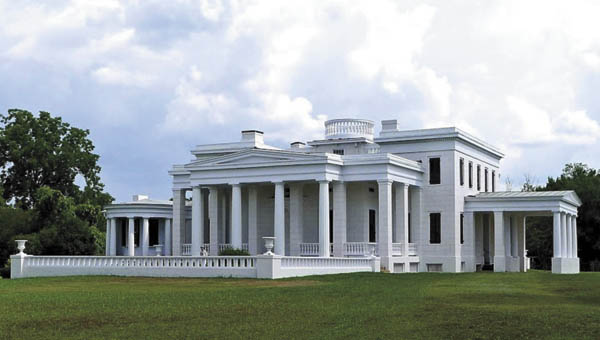 The event takes place every two years and gives a look inside some of the most historic homes in Demopolis.

Located at 500 North Main Ave. in Demopolis, the Hayden-Travis-Wingfield-Compton home will be on display. 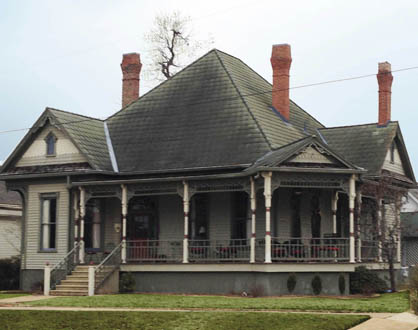 The Hayden-Travis-Wingfield-Compton home will be open for tours during the Spring Pilgrimage.

Constructed in 1900 by Dainwood Construction of Selma, the Queen Anne house was built for James Fournier Hayden. The lot originally belonged to Hayden’s mother’s family, the Fourniers. After building the house in 1900, Hayden died two years later. The house saw a number of occupants during the next seven decades and was even divided into two apartments. In the mid 1980s, the house was purchased by Dr. Judy Travis and was completely renovated to its original floor plan. Travis also reconstructed the porch to match the original. Lisa and Hunter Compton purchased the house from Meg and Jared Wingfield, who updated the kitchen and master bathroom, in 2014.

At 400 South Strawberry, the Michael-Welch-Lowe-George-Hallmark home was built in 1882. The Italianate home was only lived in by Michael for two years when they swapped homes with the Welch family. 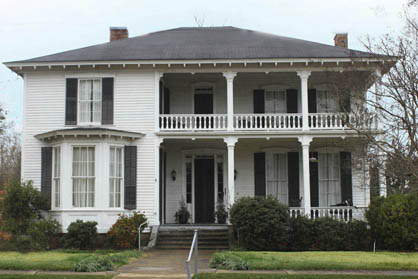 The Michael-Welch-Lowe-George-Hallmark home will be open during the pilgrimage.

The Welch’s daughter, Ira, married Lloyd Cooper Lowe. They had no children and left the house to Elizabeth “Libba” Cornish George. Libba’s father, Edward Cornish, bought the Marengo County News-Journal in 1885 and was the youngest publisher in the state at that time. He bought the Demopolis Times in 1910, the year she was born. In 1929 she married Ben George, originally of Linden who moved to Birmingham when he was 14. George had no newspaper experience when his father-in-law, Edward Cornish, asked him to leave Birmingham in 1930 and come back to his native Marengo County to run the Times. George’s first job at the Demopolis Times was Linotype editor.

The Hallmarks purchased the house from the George estate in 2000.

The Pake-Whatlington-Mason-Jones-Brooker house, located at 306 South Main Ave., was build circa 1900 by Robert W. Watlington, according to a deed search. Watlington, 22-years-old at the time, was a cashier at First National Bank of Demopolis. However, oral history says the house was built earlier by H. B. Pake for his wife, Settie Mayer, sister to Morris Mayer. 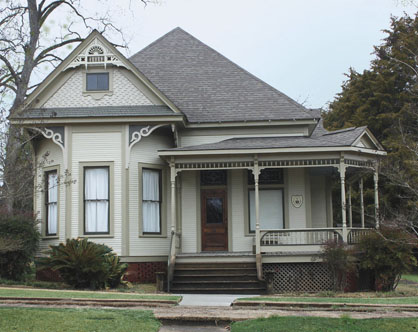 The Pake-Watlington-Mason-Jones-Brooker home will be open during the pilgrimage.

Morris Mayer, of Mayer Brothers Department Store, had just built the two story house on the north corner of the block for his wife. Pake, a partner in Mayer Bros., then built the one story house at 306 S. Main Avenue for his wife Settie. However, upon completion of the house, Settie was not satisfied with the smaller house. So, Pake then built the two story house next door at 310 S. Main to please his wife. While this story has not been confirmed, the historical society does know that the house was later purchased around 1907 by Stanhope Mason.

Brian and Diane Brooker purchased the house in 200, and have steadily renovated, with their children, the entire house. As an architect with a passion for historic preservation, Brian was careful to keep all original woodwork and architectural features, as well as replacing missing features that were original to the house while updating the kitchen and bathrooms. In addition, Brooker has added 3 bedrooms and 2 baths to what was attic space. The Brookers’ residence is next door, 310 S. Main Avenue – Settie Mayer Pake’s second house.

At 801 South Main Ave., Percy G. Coleman, owner of Coleman Automobile Company in 1929, and also a real estate salesman and manager in the 1930s and 1940s, sold the lot to Cicero Alston in 1937. Alston built the house shortly thereafter.

The Alston-Webb-Collins home will be one of six homes open this weekend.

The land to the west of the lot was mostly pasture land at the time, and there are still a few water troughs in the area left over from when the land was populated with cattle.

In 1947, the house was sold to Cox and Elizabeth Webb. Supposedly, Webb won a poker game with Alston, and thus bought the house. Webb was one of the finest cotton graders in the Southeast.

Joy and Woody Collins bought the house in 1985, and have done extensive renovation and remodeling to the house while maintaining the original charm and architectural details. The facade, main living room, dining room with large bay window and oak floors are original. 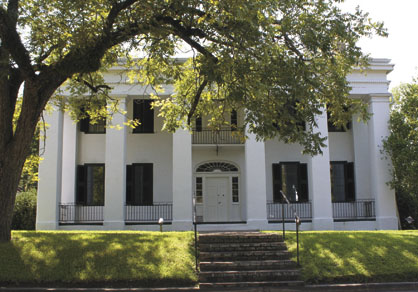 Bluff Hall will also be open for tours during the pilgrimage.