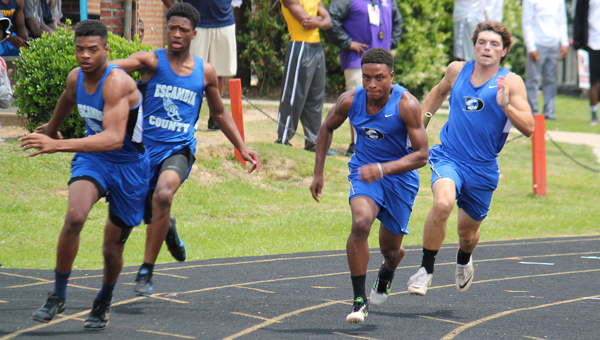 Four Marengo County Schools will have athletes participating in the Alabama High School Athletic Association’s 1A-3A and 4A-7A state track and field championships this week in Cullman and Gulf Shores.

After qualifying last week in sectionals at McGill-Toolen High School, Demopolis will compete in 19 different events in Gulf Shores for the 4A-7A state championships. Demopolis’ NyKeria Grayer and Shy’shawna Smith qualified in both the girls 100 meter dash and 200 meter dash.

Also headlining the Tigers’ competing are Samantha Williams and Charmaine Hawkins, who will compete in the girls shot put and discus throw.

Linden will compete in 28 different events in Cullman during this weekend’s 1A-3A state championship meet.

Like the Tigers, multiple Patriots will participate in more than one event. Henry Lee Dequan Charleston and Devonte Knox, who each qualified in multiple events, headline an impressive list of Linden athletes that made it through sectionals last weekend in Tuscaloosa.

Marengo will participate in 10 events after a strong showing at last weekend’s sectional in Tuscaloosa.

Sweet Water, which qualified in 11 events last week, will be led by Anthony Jones, who will compete in the high jump, triple jump and 110 meter hurdles.

Both are scheduled to end Saturday.