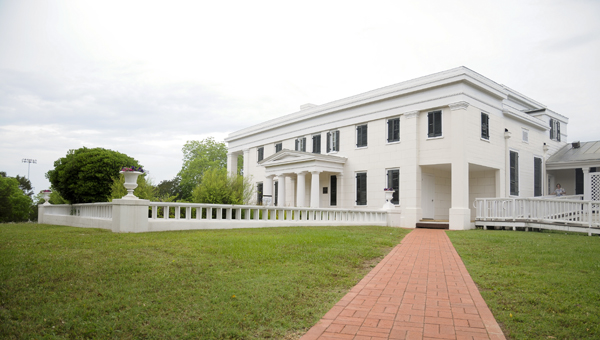 A proposed bill in the Alabama Legislature has raised concerns about the future of Gaineswood, which is recognized as a National Historic Landmark.

A proposed bill in the Alabama Legislature has raised concerns about the future of Gaineswood.

House Bill 584 proposes to put an end to the Alabama Historic Commission and turn over ownership of its properties to other departments and some of the friend groups that are associated with the properties.

“This bill was introduced with no discussion with the Alabama Historical Commission and no discussion with us,” Northcutt said. “If somebody is about ready to transfer ownership of a house, it would be nice to let us know that we might have to start taking responsibility for it.”

Friends of Gaineswood has been operating the house museum since January with funding from the Alabama Historic Commission.

Friends of Gaineswood is expecting to have two more years of funding from the AHC, but if it is dismantled by the bill, the funds could be in doubt.

“We’re not in a position to take over. We don’t have that kind of reserve,” Northcutt said. “We were hoping in the next three years we would look at ways to raise money for operation of the house, but we never envisioned being responsible for the ownership and the repair and maintenance of the house.”

While the bill is still in its early stages, Friends of Gaineswood is entirely against it.

“We would like more input and dialogue before something is introduced and passed,” Northcutt said. “What we’re trying to do is just delay the bill or table it until the parties that are effected all around the state have an opportunity to put some input into it and a study of some sort before implementing a major piece of legislation.” The house isn’t just any historic home or museum. Gaineswood is recognized as a National Historic Landmark. The home has become a landmark for tourists and education groups to visit while in Demopolis.

“West Alabama and the Black Belt area does not have a lot of tourist attractions, and we are one of the few,” said Carolyn Bell, the site director for Gaineswood. “A lot of times people come to Demopolis because they know about Gaineswood … and while they are here in town maybe they’ll shop or get gas. It brings economic progress to this area.”

Northcutt encourages people to contact their legislative members to let them know how much Gaineswood means to the community.