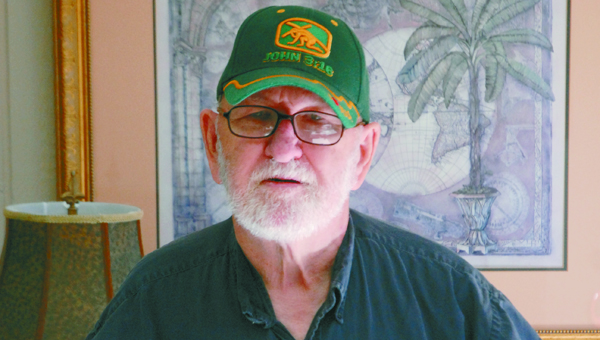 The name Tommy Vice means something near and dear to the city of Demopolis.

The 77-year-old is known for his kind heart and giving back to the community, but the many people that have come to know Vice over the years are giving back to help him in his fight against cancer.

“I think if you ask anybody in the community, you can’t put a number on what Tommy has done,” said John Scales, who has known Tommy for more than ten years. “He is the most recognizable face in the community. If he ran for any public office I believe he would win.”

Vice was recently diagnosed with bladder cancer, and when his many friends heard the news, they wanted to do something to help his family pay for the medical treatment he needs.

“They’ve got some heavy expenses coming up. We first started talking about having some sort of fundraiser, and we didn’t know who the beneficiary of that fundraiser might be,” Scales said. “Then all of a sudden this came out about Tommy’s illness, and it was just a no brainer that we help Tommy. He’s helped the city and the American Cancer Society for so many years, so it was an easy choice.”

Friends of Tommy, a support group, have set up an account at Trustmark Bank in Tommy’s name and are planning a fundraiser.

“It means everything in the world right now to get a little bit of help,” said John Vice, Tommy’s brother. “He goes in for his second procedure on June 16, and then we’ll know the results whether or not they find any more cancer or whether they have to do more treatments.”

People that are interested in donating to Tommy’s fund can go to either Trustmark Bank location in Demopolis to make a donation.

Kind, caring and happy – those are just a few of the words people use to describe Tommy.

“He is the type of individual that every time he walks into the door no matter how busy you are, no matter how much you have on your mind, you know for a few minutes with him visiting you that life is a peace and all is well with the world,” said Dan Wilson, who has known Tommy for 25 years.

“Every community needs someone who represents what we should all be like,” Wilson said. “And in Demopolis, Tommy is that person. It means the world to our community that we all have something in common, and that common core is Tommy Vice.”