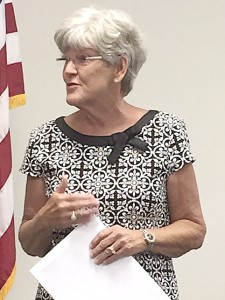 Linda Ingram, a consultant with the Alabama Association of School Boards who was involved in the search for the next superintendent of the Demopolis City School System, announces the final five candidates during a school board meeting Tuesday.