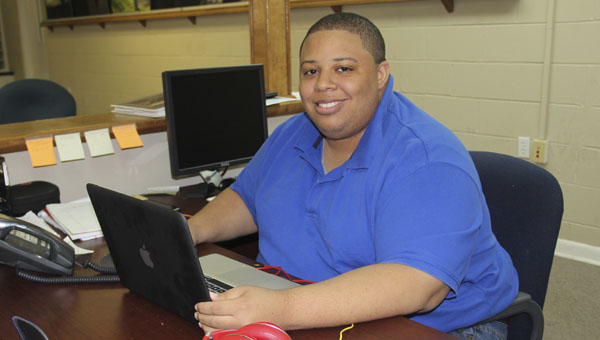 Nicholas Finch, a resident of Livingston, has joined the Demopolis Times as a staff writer.

Nicholas Finch has joined the staff of the Demopolis Times as a staff writer.
Finch is a 2013 graduate of the University of West Alabama with a degree in Integrated Marketing Communications, the first in university history in the major, and was previously a sports reporter for the Choctaw Sun-Advocate in Choctaw County. He is a native of Toddtown, Alabama in Clarke County.
In his role at the Times, Finch will be responsible for covering a variety of community stories and public meetings as well as covering local sports events. He will also play a key role in designing the Blackbelt Gazette and the Demopolis Times.
Finch said he is very excited to be part of the newspaper staff and looks forward to joining the Demopolis community.
“I’ve had the opportunity to be a sports reporter, but here I will have the chance to sink my teeth into all types of news stories and that is very exciting to me,” Finch said.
“Demopolis is so close to home for my wife and me,” said Finch. “It’s where I’ve always wanted to be … it’s just the right size of a city for me.”
“We are very excited to have Nicholas join us at the Times,” Publisher Robert Blankenship said. “Nicholas brings with him an enthusiasm that will serve our community well and his passion for sports and community journalism is evident in his work. I’m glad Nicholas choose the Demopolis Times as a place where he can continue to grow as he moves forward in his career.”
Finch currently resides in Livingston with his wife, Whitney, who is attending UWA. The couple hopes to move to Demopolis in the near future.