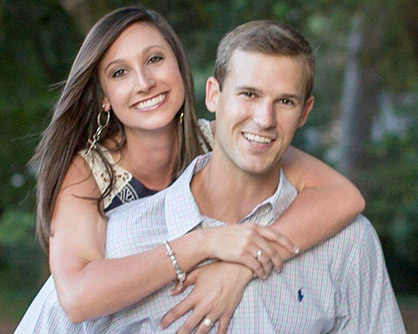 Mr. Richard Washburn and the late Lisa Washburn of Greensboro announce the engagement of their daughter, Allison Leigh Washburn, to Dustin Gray McIntyre, son of Mr. and Mrs. Timothy McIntyre of Dixon Mills.
Allison is the granddaughter of Barbara Abernathy and the late Thomas Abernathy of Greensboro and Marie Young and the late Julian Washburn Sr. of Greensboro.
Dustin is the grandson of Harold and Doris Agee of Thomasville and Faye McIntyre and the late Cecil McIntyre of Dixon Mills.
The future bride graduated from the University of Alabama at Birmingham with a Bachelor Degree of Science in Nursing. She is currently employed at West Alabama Pediatrics.
The future groom received a Bachelor’s Degree of Science in Mechanical Engineering from the University of Alabama. He is currently employed by Chevron Refinery in Pascagoula, Mississippi.
The wedding will be at 3 p.m. on Oct. 17, 2015 at Greensboro Baptist Church.
The couple will reside in Grand Bay, Alabama.