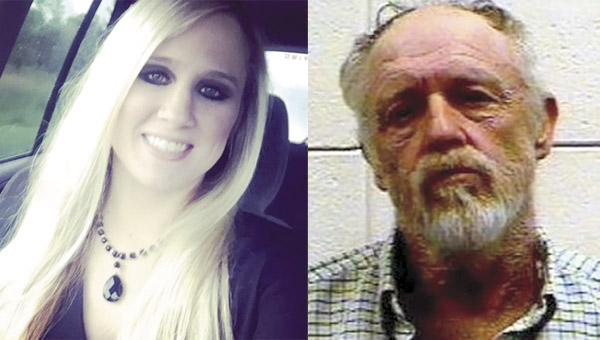 Law enforcement officials in Mississippi have questioned a man regarding the disappearance of a Marengo County woman.
According to Lauderdale County Sheriff’s Office Chief Deputy Ward Calhoun, the man, identified as John Poisso, has been arrested on several outstanding misdemeanor warrants and is being described as a “person of interest” in the disappearance of Rebecca Henderson Paulk.
LCSO executed a search warrant Thursday at Poisso’s property on Old Wire Road in the southeast corner of Lauderdale County, which is in the same area where Paulk went missing on Labor Day, Sept. 7. According to WTOK, Lauderdale County Sheriff Billy Sollie said the search came after his office received information relating to the disappearance of the 26-year-old Paulk.
Paulk is a resident of Linden and a graduate of Demopolis High School. Her parents, Wes and Janet Henderson, are residents of Demopolis. Paulk had been in Meridian on Monday, Sept. 7, but has been missing since.
The Hendersons are offering a $5,000 reward to anyone offering information that leads to Paulk’s location.