A former employee of Bryan W. Whitfield Memorial Hospital is being accused by law enforcement officials of sodomizing patients under his care.
Leland Bert Taylor, 51, of Deatsville, Alabama was arrested by the Demopolis Police Department on Oct. 7 and charged with first degree sodomy and first degree sexual abuse.
According to DPD Chief Tommie Reese, Taylor had worked at the hospital as a radiolology technician for over three years. 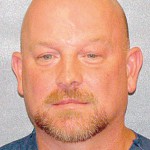 A statement released Friday by the Tombigbee Healthcare Authority read, “The administration of Bryan W. Whitfield Memorial Hospital is aware of the circumstances and charges regarding Mr. Taylor and his arrest and is fully cooperating with law enforcement.  Mr. Taylor’s employment with the hospital has been terminated and an internal investigation is ongoing.”
Reese said during the police investigation officials learned of at least two occasions that Taylor allegedly committed these acts while working at the hospital taking care of patients.
“I commend those officers in our Criminal Investigations Division for bringing Taylor to justice,” Reese said.
The investigation is still ongoing and officials said additional charges against Taylor could be added.