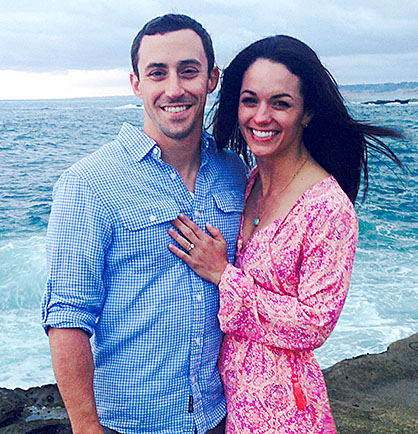 Mr. and Mrs. Richard Coleman Carlton of Linden are pleased to announce the engagement of their daughter, Margaret Elizabeth Carlton, to Allen Wade Heaton, son of George and Mary Jo Heaton of Birmingham.
Elizabeth is the granddaughter of the late Mr. and Mrs. Tom Graves of Demopolis and the late Mr. and Mrs. James Parker Carlton of Linden.
Allen is the grandson of Ginger Heaton and Mr. and Mrs. Vincent Lucia of Birmingham and the late Robert Heaton also of Birmingham.
The bride-elect is a 2006 graduate of Marengo Academy. Elizabeth went on to graduate from the University of Alabama with a Bachelor of Sciences degree in Communication and a Masters of Education. Elizabeth currently teaches special education students in Mountain Brook at Cherokee Bend Elementary.
Allen is a 1999 graduate of John Carroll Catholic High School. Allen completed his undergraduate degree at Ole Miss earning a Bachelors of Business Administration in 2003. Allen currently works as a medical sales representative for Bard Medical in Birmingham.
A destination wedding is planned for Nov. 21 in Asheville, North Carolina at 2 p.m. The ceremony will be held at the Basilica of Saint Lawrence with a reception to follow at The Grove Park Inn. The couple will honeymoon in Europe in May and will begin their life together in Birmingham.