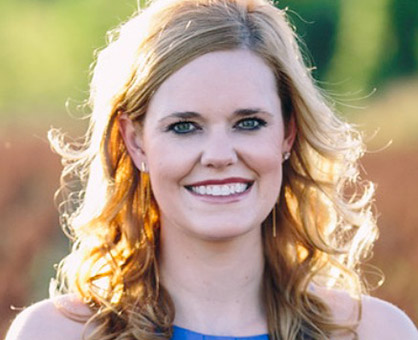 Mr. and Mrs. Archer Leon Howell III of Greenwood announce the engagement and upcoming marriage of their daughter, Haley Crawford Howell, to Kenneth Emile Goodman Jr. of Yazoo City.
The prospective bridegroom is the son of Mr. and Mrs. Kenneth Emile Goodman, Sr. of Yazoo City. He is the grandson of Mr. and Mrs. Roy Jennings Stricklin, Sr. of Yazoo City and Mrs. Oscar Gray Goodman, Sr. of Bentonia and the late Oscar Gray Goodman, Sr.
The bride-elect is the granddaughter of Mrs. James Walter Crawford of Demopolis, Alabama and the late James Walter Crawford and the late Mr. and Mrs. Archer Leon Howell, Jr. of Newbern, Alabama.
Miss Howell is a 2007 graduate of Pillow Academy. She is a 2010 graduate of the University of Mississippi where she earned a bachelor’s degree in biology. While at Ole Miss, she was a member of Delta Gamma sorority. She also earned a bachelor’s degree in nursing and a master’s degree in biomedical sciences from the University of Mississippi Medical Center. Miss Howell is employed with Mississippi Baptist Medical Center as a registered nurse.
Mr. Goodman is a 2001 graduate of Manchester Academy and a 2006 graduate of the University of Mississippi where he received a bachelor’s degree in banking and finance and managerial finance. While at Ole Miss, he was a member of Sigma Alpha Epsilon Fraternity. Mr. Goodman has farming interests in the Yazoo City area.
The couple will exchange vows on December 19, 2015 in Greenwood, Mississippi.