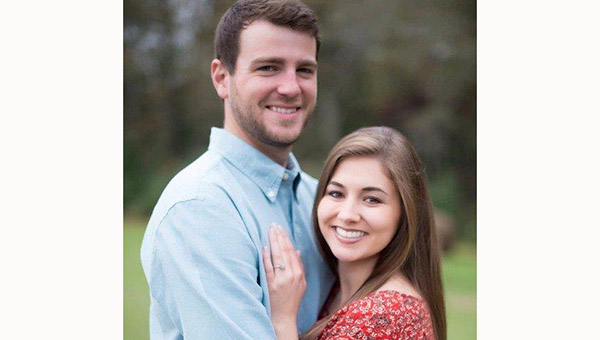 Darryl and Traci Montz of Greensboro announce the engagement of their daughter, Tabitha Denise Montz, to James Allen Stewart, son of David and Malinda Stewart of Marion, Alabama.
The wedding is planned for Jan. 9, 2016, at Southern House and Garden in Knoxville, Alabama.
The bride-elect is the granddaughter of Robert and Bertha Mae Colburn of Greensboro and Charles and Billie Ruth Montz of Marion. She is a 2012 graduate of Southern Academy and currently attends the Auburn University School of Nursing.
The prospective groom is the grandson of Serena Allen, the late James Moore, and the late Frank Allen of Greensboro and the late Erskine and Mary Alice Stewart of Marion.
He is a 2011 graduate of Southern Academy and attended Auburn University where he received a Bachelor of Science degree in Biomedical Science. He has been accepted into the Doctor of Physical Therapy Program at the University of Alabama at Birmingham and will begin classes in January.