Voters head to polls for primary 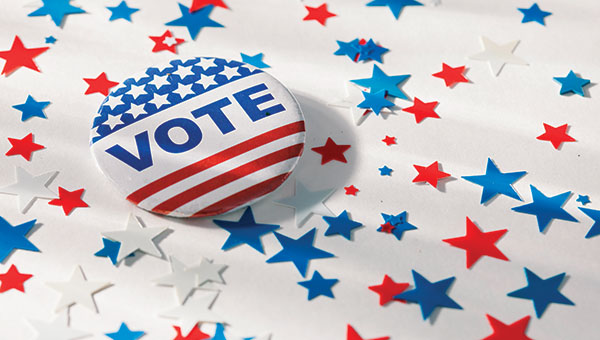 Marengo County voters will make their way to the polls Tuesday for a primary election featuring this year’s presidential candidates and a few local offices.
The election will feature national, state and local offices, including president. In the primary, voters will select to submit either a Democrat or Republican ballot. The winners of the primary will go on to face the opposing party in the general election.
The following offices will appear on the primary ballots within Marengo County: president, presidential delegates, U.S. Senate, associate justice to the Alabama Supreme Court (Republican ballot only), president of the public service commission (Republican ballot only), State Board of Education-Dist. 5 (Democrat ballot only), Marengo County District Attorney (Democrat ballot only), Marengo County Board of Education-Dist. 3 (Democrat ballot/Dist. 3 only), and an Alabama Constitutional Amendment.
Local offices on the Democrat primary ballot include the office of District Attorney for the 17th Judicial Circuit. In that race, incumbent Greg Griggers is being challenged by Barrown Lankster.
There is also a primary between Democrats Clifton McKnight and Rayvell Smith for the District 3 seat of the Marengo County Board of Education.
The Democrat ballot also features candidates for the State Board of Education, District 5, between candidates Ella B. Bell and Joanne Shum; candidates for U.S. Senator, Ron Crumpton and Charles Nana; as well as Democrat delegates.
There are no local races on the Republican ballot. Those voting on the Republican ballot will be selecting a candidate for U.S. Senator where incumbent Richard Shelby faces off against four challengers, Marcus Brown, John Martin, Jonathan McConnell, and Shadrack McGill.
Candidates for associate justice of the Alabama Supreme Court features candidates Donna J. Beaulieu and Tom Parker.
Republicans will also vote for president of the public service commission between candidates Twinkle Andress Cavanaugh and Terry Dunn.
Republicans will also be voting for presidential candidates along with delegates to the national convention.
Both ballots will include a statewide amendment that if approved would authorize the legislature to provide a retirement program for district attorneys and circuit clerks.
This is also an election year for the City of Demopolis for the mayor and members of the council. Qualifying dates for those seats are July 5 through July 19. The city election will be held on August 23.