Alabama may be ready for lottery

There were a lot of people excited about the lottery a few months back when the Powerball Jackpot hit an all-time high. Even here in Alabama, where residents can’t purchase a $2 ticket, people couldn’t help talking about it. Of course, not being able to buy a ticket at local gas stations didn’t stop many who hit the state lines of Florida, Georgia and Tennessee to purchase their piece of the dream. I know it happened as I was one of the people stuck in the traffic at the first exit of I-10 on my way to Pensacola that Saturday morning. 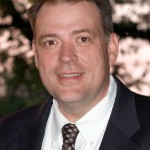 Robert Blankenship is the Publisher and Editor of the Demopolis Times. He can be reached at robert.blankenship@demopolistimes.com.

It’s true, those people weren’t going to win the lottery and they were probably blowing a perfectly good $2, or perhaps even $10. While those buying tickets weren’t going to make money, the State of Florida most certainly did and they, along with other bordering states, made some of that money thanks to Alabamians.
Alabama has talked about the lottery several times, but each time the efforts to bring it to the state have been thwarted. Perhaps now is the right time to re-examine the state’s position on the lottery. Now being a time when our state can’t keep its state parks open, can’t fund its general budget with robbing from the education trust fund, and can’t keep enough state troopers on our highways. It’s beyond obvious Alabama needs to do something and accepting the lottery as a possible revenue stream isn’t exactly proactive thinking on the part of our leaders. The model is there, we just have to reach out and grab our piece of the pie.
According to a report by the The Plainsmen, education appropriations through the lottery in Georgia brought in $900 million in 2014 while Florida’s exceeded $1.7 billion.
The lottery is certainly no cure-all remedy for Alabama’s financial woes. Sound economic policies will go much further in the long run.
Right now, Alabama is among six states without the lottery, sharing that distinction with Alaska, Hawaii, Nevada, Utah, and Mississippi. Earlier in February, a House committee approved a bill that would allow voters to decide whether to establish a lottery in the state. If passed by the Legislature, the lottery proposal would go to voters in November’s election.
The lottery would not make many Alabamians millionaires overnight, but it could help repair a bridge, pave a road, or assist a deserving student to attend college. The lottery also will not cure our state’s revenue problems, but it provides a substantial boost.
Perhaps now is the time to let voters re-consider the lottery.

— Robert Blankenship is the publisher and editor of the Demopolis Times. Contact him at robert.blankenship@demopolistimes.com.