One killed in boating accident 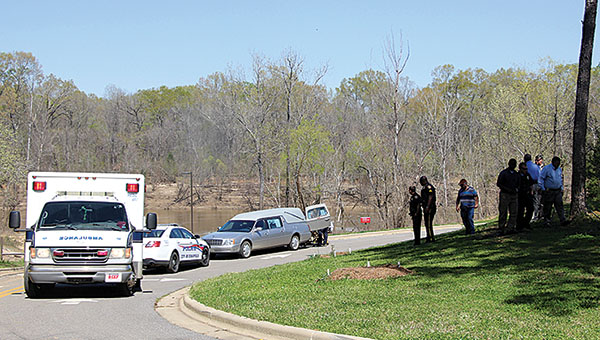 A boating accident victim was pulled from the waters near the Demopolis Lock and Dam Tuesday. According to officials, the incident involved a boat going over the lock and dam. Names of those involved were being withheld Tuesday pending the notification of family.

First responders in Demopolis were called to the scene of a boating accident that ended in tragedy Tuesday morning.
According to officials with the Demopolis Fire Department, a man and a woman were both thrown from their boat when it went over the Demopolis Lock and Dam.
An Amstar ambulance crew arrived to find a female unresponsive. The condition of a male involved was unknown Tuesday afternoon. The identities of those involved were being held Tuesday afternoon pending the notification of family.
According to DFD Battalion Chief James Bailey, the ambulance crew was the first to arrive on the scene. He said others fishing in that area found the victims and had brought them to the bank of the river.
According to Demopolis police, the initial call of the incident came in at approximately 11:30 a.m.
Local authorities said they do not know at this time what happened to cause the boat to get so close to the dam, but according to published reports, engine problems may have played a role. Lt. Flowers said the Alabama Marine Police and the Corps of Engineers would be investigating the cause of the boating accident.