Suspect charged with shooting into home

A suspect has been arrested and charged after allegedly firing a weapon into a Demopolis residence Tuesday.
Sid Antwan Carter, 27, of Demopolis by the Demopolis Police Department and charged with shooting into an occupied dwelling and certain person forbidden to possess a firearm. 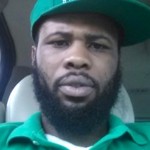 Sid Antwan Carter has been charged with shooting into an occupied dwelling.

According to a DPD press release, officers responded Tuesday to a call of shots being fired into a home at 311 N. Cherry Ave. Upon arrival, officials said the suspect had already left the scene.
Later, the department received information that Carter was at a residence on N. Walnut Street where officers located and arrested him. A gun was also found at that residence.
The 17th Judicial Drug Task Force assisted in the investigation.