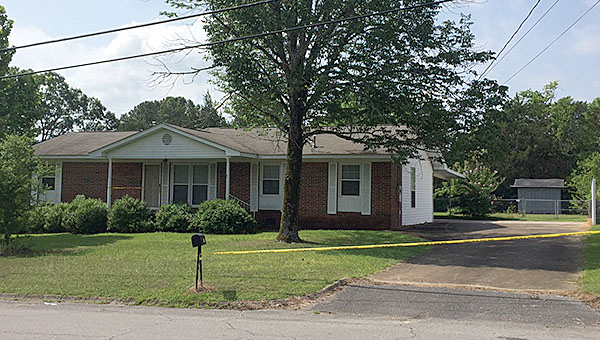 This home on Herbert Street is the scene of a murder investigation after an incident early Friday morning.

The Dempolis Police Department is investigating the murder of a local man and officials said a suspect has been arrested.
Joseph Goodwin, 40, was found by police officers shortly after midnight Friday suffering from a gunshot wound at a home on Herbert Street. Goodwin was pronounced dead at the scene by the Marengo County Coroner.
Officials said a juvenile has been arrested and charged with murder.
According to information released by the DPD, officials responded to the Herbert Street home at approximately 12:32 a.m. on Friday after a report of shooting.
Demopolis Police Chief Tommie Reese said that upon DPD officers’ arrival they found Goodwin suffering from a gunshot wound.
Reese said the juvenile suspect was taken into custody in Lauderdale County, Mississippi and later transported to the Marengo County Detention Center where he was charged with the murder by DPD Criminal Investigators.
Officials said an autopsy would be performed by the Alabama Department of Forensic Sciences to determine the exact cause of death.
“We ask the community to keep this family in your thoughts and prayers at this difficult time,” Reese said.