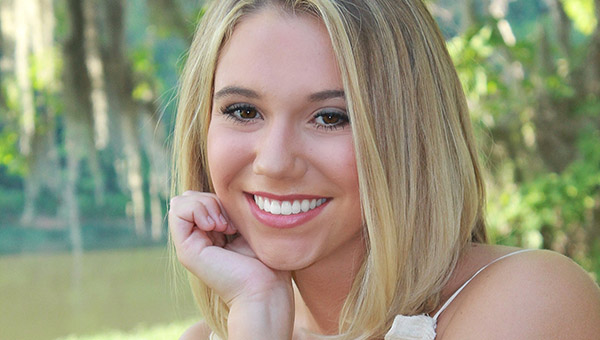 A native of Demopolis and current student at Troy State University has joined the ranks of those seeking the crown of Miss Alabama.
Mary Howerton, a 19-year-old sophomore at TSU and 2015 graduate of Demopolis High School, will be participating in the Miss Alabama USA Pageant on Nov. 4-5. Howerton spent her freshman year at Shelton State Community College where she was a cheerleader.
Howerton said she decided to participate in the pageant after learning there was a need for someone to represent the Marengo County area.
“I didn’t have time to participate in pageants my freshman year of college,” Howerton said. “However, after many years, my time as a cheerleader came to an end and I began thinking about getting involved in pageants again.”
Howerton participated in Junior Miss Christmas on the River multiple years, placing in the top five and second alternate her sophomore year of high school. After that, she placed in most pageants in which she competed, including winning the 2015 Miss Chilly Fest and the Miss Central Alabama Model Pageant.
She said the timing was right for her to get involved in the Miss Alabama USA Pageant.
“I received a call and was told they needed someone to represent Marengo County. During my year as a college cheerleader, we participated in numerous community service events and were given opportunities to make public appearances, such as the American Cancer Society’s Breast Cancer Walk, Just For You Day at the Cancer Center, the Northport Fall Festival, and many more. Experiencing and being part of these special events made me realize how important and humbling being a part of a community really is. When I first started thinking about what it would be like to have the position as Miss Alabama USA I immediately thought about how great of an experience it would be, to not only be involved in my community, but communities all over the State of Alabama and to represent my state.”
As part of the pageant, Howerton will be conducting a fundraiser and more details on that will be announced soon, she said.
Howerton is the daughter of Charles and Tracey Howerton of Demopolis.