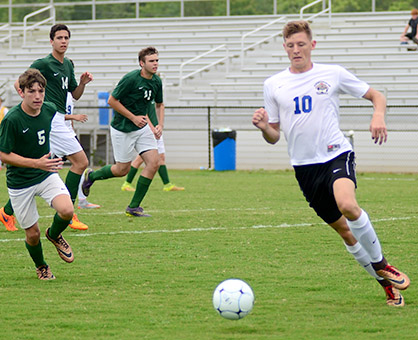 Demopolis High School’s Adam Brooker has been named to the AL.com’s Super All-State Boys Soccer Team. The distinction honors the top players, regardless of classification.
According to AL.com, the selections are made based on nominations by coaches and members of the Alabama Sports Writers Association prep committee.
Brooker, who graduated from DHS in June, will continue playing soccer at the University of Alabama-Birmingham where he accepted an athletic scholarship.
According to AL.com, Brooker was selected based on scoring 42 goals in just 17 games for DHS, which ended the season in the quarter finals of the state playoffs. He finished his high school career with 104 goals.

(This article originally appeared in the Saturday, July 1, print edition of the Demopolis Times.)