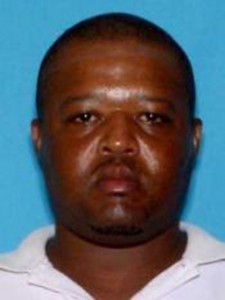 Lawrence Hawkins is facing murder charges related to a shooting death in October 2015.

After an eight-month investigation, officials with the Demopolis Police Department said a suspect has been arrested on charges related to the October 2015 murder of a local man.
Lawrence Hawkins, 41, of Demopolis was arrested Thursday by the DPD Criminal Investigation Division and charged with one count of murder and a count of first degree assault related to the shooting death of Ray Anthony Rowser and injuries to a second victim, Jennifer Martin.
DPD Chief Tommie Reese said the investigation into the murder is ongoing and that “criminal investigators will continue working until we are satisfied that we have done all we can to bring everyone that might be involved to justice.”
On Oct. 30, 2015, at about 10:10 p.m., police responded to 512 Blacks Drive in reference to two people being shot. Upon arrival, officers located Rowser who had suffered a gunshot wound. Rowser was transported by AmStar EMS to Bryan W. Whitfield Memorial Hospital where he died as a result of the wound. Martin was treated for a gunshot wound and was later released.
“I want to thank the DPD Criminal Investigation Division for not giving up on this case and to District Attorney Greg Griggers and his task force for their assistance,” Reese said.
Officials said anyone with information about the case is asked to call the police department at 334-289-3073 or the tipline at 334-289-1475.