Dr. Arthur G. Ogden has announced his candidacy for the office of mayor of Demopolis.
“The rich heritage and diversity that Demopolis has as part of its very make up confirms the obvious fact that it is ‘The City of the People’,” Ogden said. “As such it is vital that its mayor embrace and advance that heritage and diversity.”
Dr. Ogden has served in a wide variety of leadership positions during his life, from a college football coach and a college athletic director to a college president. Currently, Dr. Ogden serves as project director for the Health Care on Wheels program at Bryan W. Whitfield Memorial Hospital. 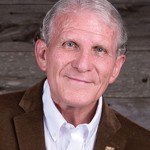 Ogden has earned two doctoral degrees, one in philosophy and one in education.
Ogden said his ability to reach out to people and cultures has been developed over a lengthy career that has taken him to a variety of different settings, not only as an educator but as a coach as well. He has been exposed to and worked with a number of different international cultures as he has taught in the countries of Botswana, Bahrain, Malaysia and Jamaica. He still serves as a member of the Board of Directors for the Caribbean School of Sport Sciences.
Dr. Ogden is an Eagle Scout and is a member of the National Eagle Scout Association.
During his years in Demopolis, he has served on the Demopolis Historical Preservation Commission, as chair of the grants committee for the Demopolis City Schools Foundation, and as founding director for the Alabama Southern Community College Campus in the Demopolis Higher Education Center. In 2007, Ogden was named “Rotarian of the Year” by the Rotary Club of Demopolis
“My wife, Elizabeth, and I believe in the reality and the promise of Demopolis. This was the driving reason we chose to come back to Demopolis with our five young children when I retired in 2010,” he said.
“The central issues facing Demopolis are not new issues,” he continued. “We all know that in order for Demopolis to grow we need an economic rejuvenation. That rejuvenation cannot become reality by dealing with our long-standing challenges in the same ways that may have worked 20 or more years ago.”
It is going to take a new and different view of how Demopolis has arrived where it is, according to Ogden. “We all know that we have worked hard and have even worked harder. I believe it is time that we work smarter … smarter in approach, smarter in perspective, smarter in attitude,” he said.
This includes enhancing the rich tradition of the arts in Demopolis in addition to “extending active support of our excellent educational system,” said Dr. Ogden.
“The beauty of the ‘City of the People’ is ‘‘the People’ themselves who deserve a mayor who serves by listening, serves by being accessible, and who serves by providing active leadership,” he said.
Ogden sums up his view of Demopolis and its future as positive since his goal will be to help Demopolis become “not only the City of the People, but the City by the People and the City for the People.”

(This article originally appeared in the Saturday, July 9, print edition of the Demopolis Times.)