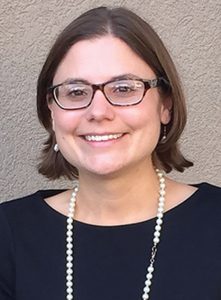 DACC Executive Director Ashley Coplin will be resigning her post at the beginning of 2017.

The Demopolis Area Chamber of Commerce will be seeking new leadership as Ashley Coplin has announced that she will resign as executive director of at the beginning of 2017.
Coplin, a Demopolis native, has been with the DACC since February 2015.
“The decision to leave is very bittersweet. It’s been a great experience working with the chamber and getting to know the community once again. Working with everyone and the community as a whole has been very rewarding” she said.
Coplin has led the chamber through many events, including last year’s Christmas on the River, and has introduced new programs such as a quarterly human resources round table and a Little Black Dress event that allows local women business leaders to network.
“It was a tough decision (to leave the chamber). Working at the chamber was more of a passion than a job. It was challenging at times, but always rewarding,” Coplin said.
Coplin will begin her new position as marketing specialist with Naheola Credit Union in January, saying that seeing through this year’s 45th anniversary of Christamas on the River was a priority for her, as well as her future employers.
“I definitely wanted to see COTR through and (Naheola) was committed to that as well. They understand the magnitude of this event for our community,” Coplin said.
The director added that she plans to remain involved in her community, including the chamber of commerce.
“I look forward to this new adventure, but will miss the chamber. I want to continue being active with the chamber anyway I can, including helping the new director. I believe in this community and feel fortunate to call Demopolis home so I certainly intend to stay involved,” she said.
The DACC Board of Directors will form a search committee to begin screening applicants for the executive director position.
“Ashley’s departure from the chamber is a great loss for our community,” said DACC Board President Jennifer Cassity. “Since assuming the role of chamber director, she has breathed new life into our city. She has brought a renewed focus on this area’s businesses and economic growth. Ashley will continue to support the chamber through the end of the year and during that time we will begin to look for her successor.”