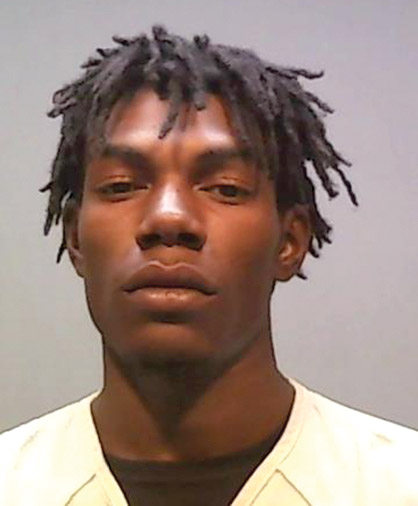 Cordarius Demetrius Scruggs, 19, has been arrested on charges related to a shooting incident in Gallion that left a woman critically injured.

The Marengo County Sheriff’s Office has made an arrest in a shooting that left a Gallion resident critically injured in her home.
Cordarius Demetrius Scruggs, 19, has been arrested on charges related to the incident, including first degree assault, first degree theft of property, and first degree burglary, according to MCSO officials.
On Monday, Oct. 24, at approximately 3:26 p.m., Jessie Houston, 49, was found by her son upon returning home from school. The juvenile found her bleeding on the floor of the Linc Road home.
Houston suffered a single gunshot wound to the head, according to a MCSO press release. Officials said that upon arrival, they found that Houston’s home was broken into and that her car was stolen.
The victim was transferred to DCH Regional Medical Center in Tuscaloosa and at the time of the press release was in critical condition.
MCSO officials said a BOLO (Be On the Look Out) was put out statewide for the stolen vehicle. On Tuesday, at 10:07 a.m., the Livingston Police Department recovered the vehicle on U.S. Hwy. 11 North, near the Lake Village Apartments.
“We continued to follow leads that led us to a person of interest,” said Marengo County Sheriff Richard Bates.
Scruggs was questioned at approximately 9 p.m. Tuesday. He was later arrested and booked into the Marengo County Detention Center in Linden.
MCSO officials said the case is still under investigation and anyone with information is encouraged to call the sheriff’s office tip line at 334-295-2226.
The sheriff’s office also expressed its gratitude for assistance from the Livingston Police Department, Linden Police Department, Demopolis Police Department, the University of West Alabama Police Department, and the 17th Judicial System.