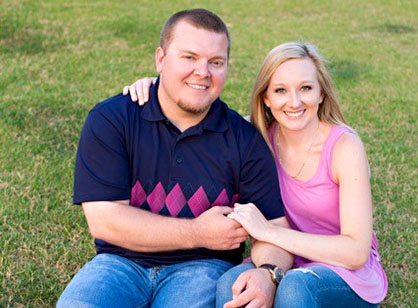 Mr. and Mrs. Chris Bryant of Mobile announce the engagement of their daughter, Whitney Anita, to Kenneth Tyler Cook, son of Mr. and Mrs. Tracy Cook of Satsuma, Alabama.
Miss Bryant is the granddaughter of Mr. and Mrs. Frank Johnson of Mobile and late George and Anita Bryant of Bayou La Batre, Alabama.
Mr. Cook is the grandson of Mrs. Rebecca Cook of Kings Mountain, North Carolina and the late Kenneth Cook and Mrs. Adele Steen of Demopolis and the late Fred C. Steen.
He is a 2004 graduate of Demopolis High School. He received his undergraduate degree from the University of South Alabama in 2009 and also his Masters’ Degree in 2012. He is currently employed as the Director of Football Operations for the University of Alabama-Birmingham Football team.
She is a 2010 graduate of Theodore High School. She attended the University of South Alabama and currently employed at Orangetheory fitness.
The wedding will take place on Feb. 4, 2017 at St. Paul’s Cathedral in Birmingham.